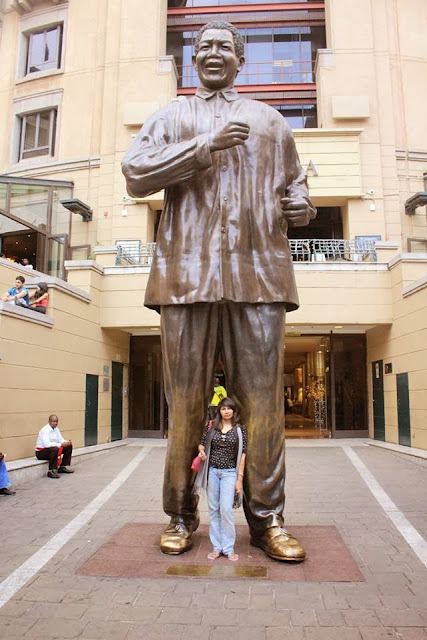 South Africa! My-my! Never in my slightest moment, honestly, would I have thought South Africa will be an absolute travel wonder winner. Not at all. I actually had no clue whatsoever what to expect in South Africa. Neither did I bother to imagine, nor did I read up prior to flying the distance. Of course, like many of you who keep abreast on world issues, I knew who is Nelson Mandela. The legendary man of history who struggle for South Africa's independence. 27 years of spending his life in prison and known as the longest serving political prisoner. Salute him till this day. What a man of the century. Besides Nelson Mandela and looking up at him from Malaysia, I was quite alien to lo and behold South Africa, until I stepped foot in Cape Town (Cape Town Part 3, Part 2 & Part 1), followed by Johannesburg & Sun City, and on this day, we embarked on Pretoria City Tour.

Come to think of it, by the time I got into the coach, I was feeling slightly emotional because our tour officially will end in Pretoria. Wish we will be covering other parts of South Africa, but I suppose everything must come to an end. It can't be touring forever? The practically of money and the practically of us returning back to work must be acknowledged? Of course. No money, no wanderlust. Reality kicked in while we journeyed to Pretoria. Travelling reality bullet is hard to digest, but I guess instead feeling down, I might as well get the best of what's in store in Pretoria. Naturally. Pretoria, South Africa's administrative capital and home to government departments, ministries, foreign embassies and diplomatic missions, is a quiet-calm city. Once at the heart of the apartheid regime and its very name a symbol of oppression, Pretoria, trust me, is sincerely gracious. Well maintained and known as the "Jacaranda City", lucky us for we did see the blooming purple flowers of Jacaranda trees on both sides of the road. Perfect tour timing during this month of November. Wow! Impressively beautiful for adding the touch of a purple haze as and while viewing the old elegant houses and large suburbs. Subsequently, we passed by Kruger House, Church State, State/Opera House and the universities. 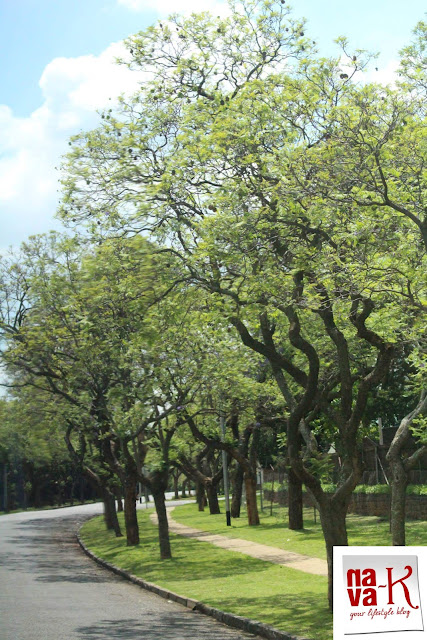 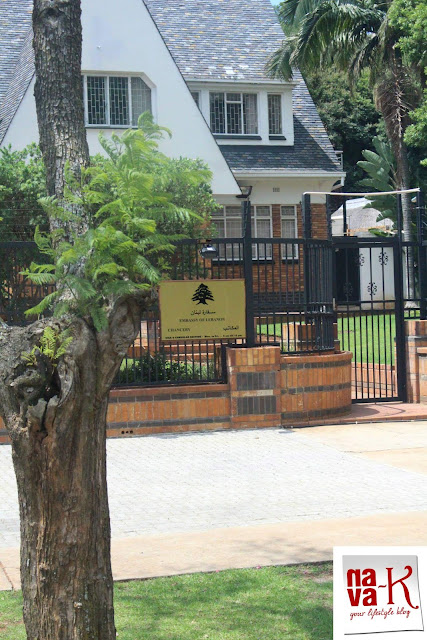 A pit-stop next outside Union Buildings. The official seat of the national government, housing the offices of South African president and one of the most recognisable and impressive heritage landmarks in Tshwane. I obviously did my joyous picturesque to utter satisfaction. Union buildings by the way are out of bound for visitors, of course, nothing should stop you from exploring the terrace gardens overlooking the city. 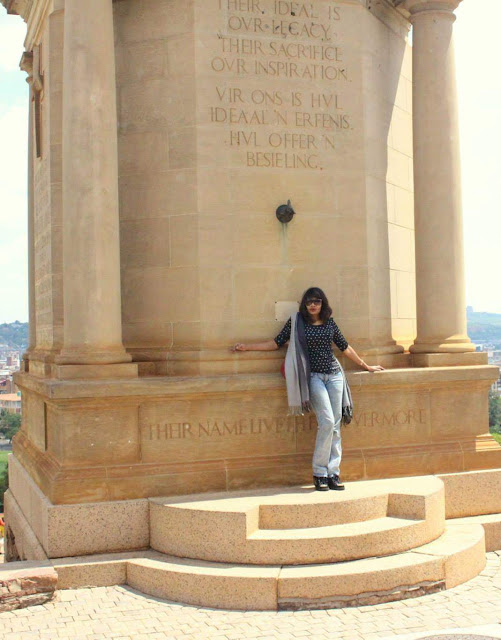 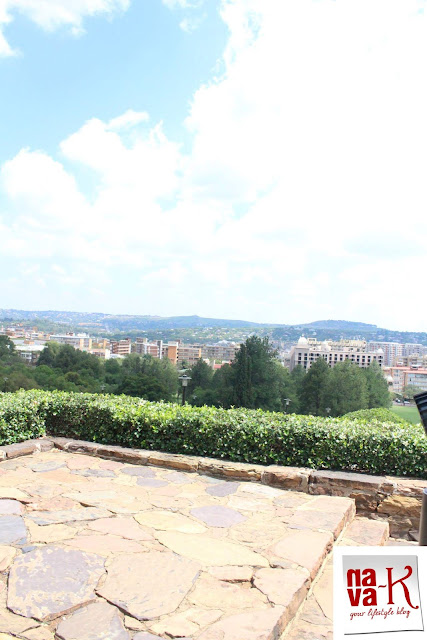 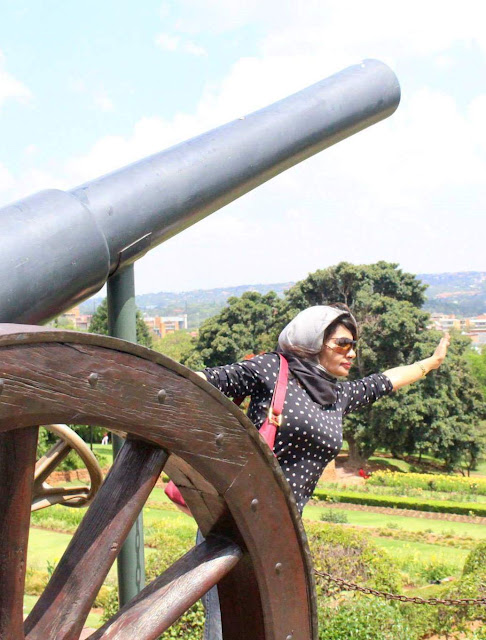 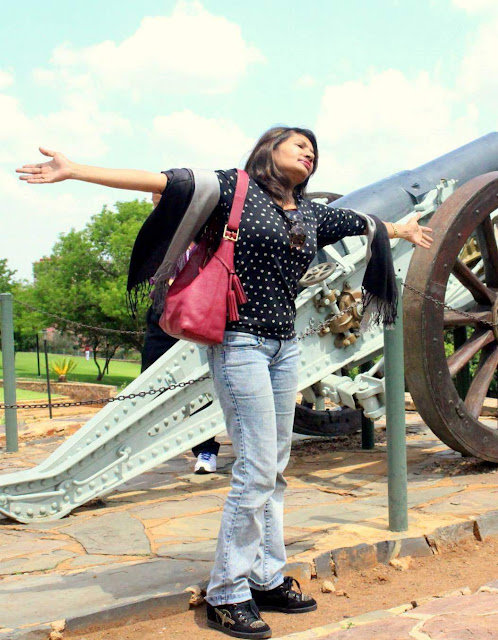 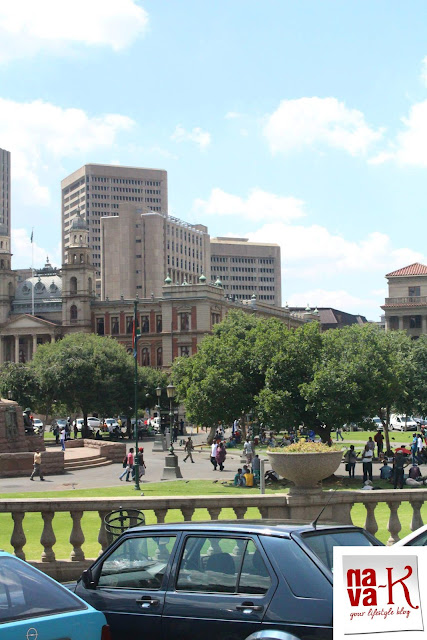 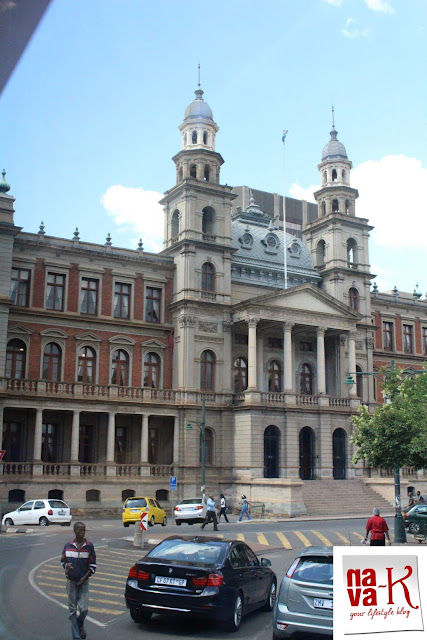 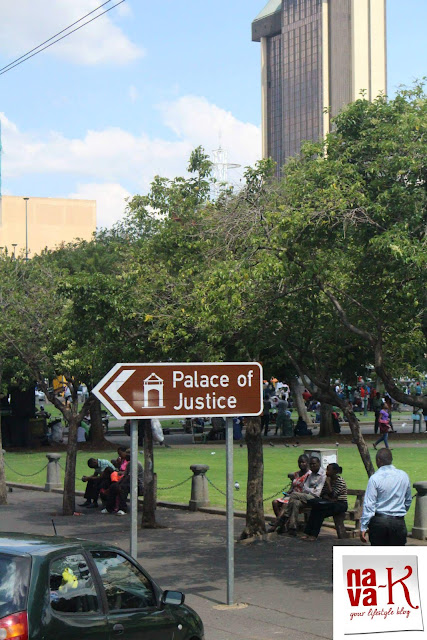 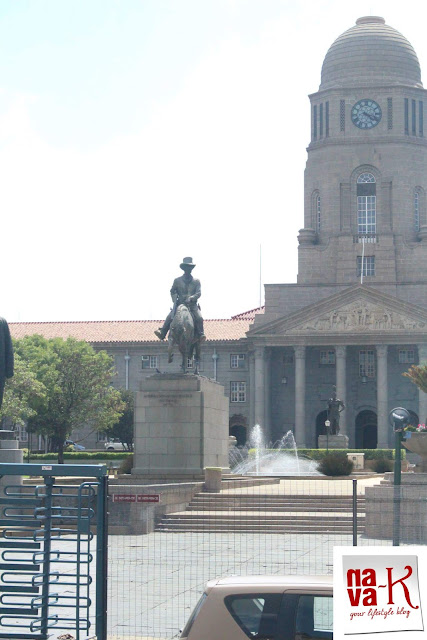 Approximately an hour for lunch thereafter, we then continued our sightseeing in Voortrekker Monument. Located just South of Africa, and on a hill in a 240ha nature reserve, Voortrekker Monument is the most visited heritage site of its kind in Gauteng. Additionally, it is one of the top ten cultural historical attraction in the country and the only Grade 1 national Heritage Site in Pretoria. Voortrekker Monument commemorates the bravery and persistence of the Voortrekker/Afrikaner pioneers, who embarked north on the Great Trek between 1835 and 1854, from the British-controlled Cape Colony. Designed by Gerard Moerdijk, the 40m-tall granite Voortrekker Monument was inaugurated  on 16 December 1949.  All in all, Voortrekker Monument is full of back then history. We made sure we covered every inch and ounce of it, from the garden, the museum and right to atop for the broad spectrum view. 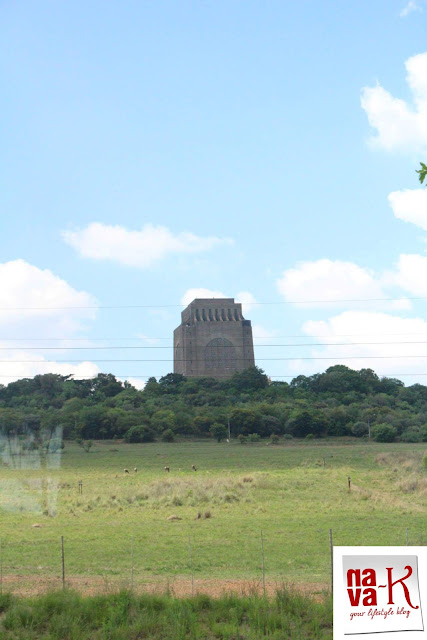 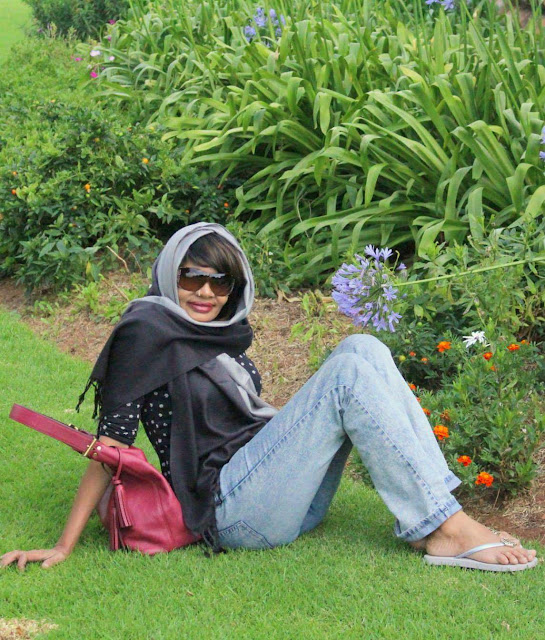 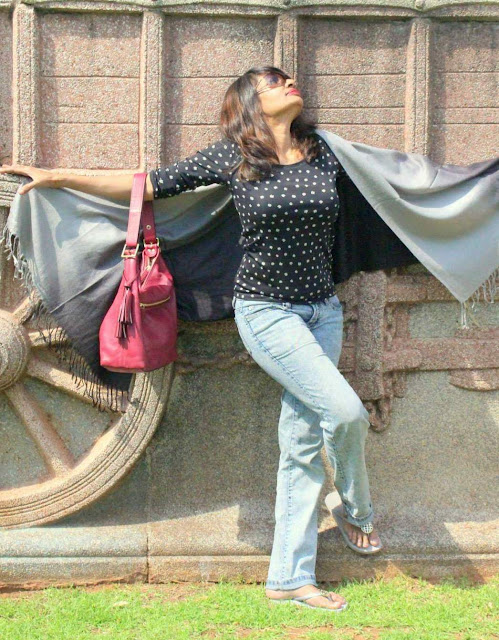 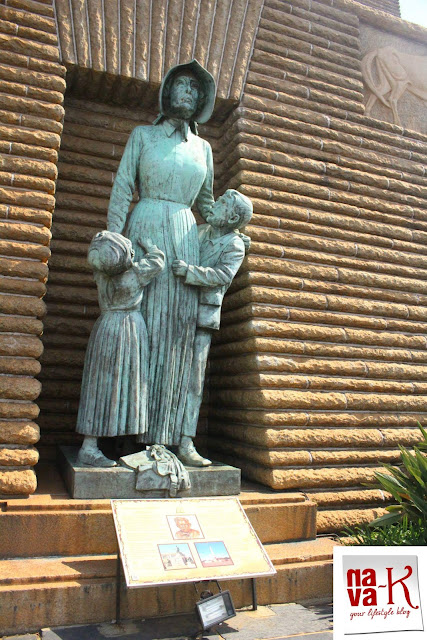 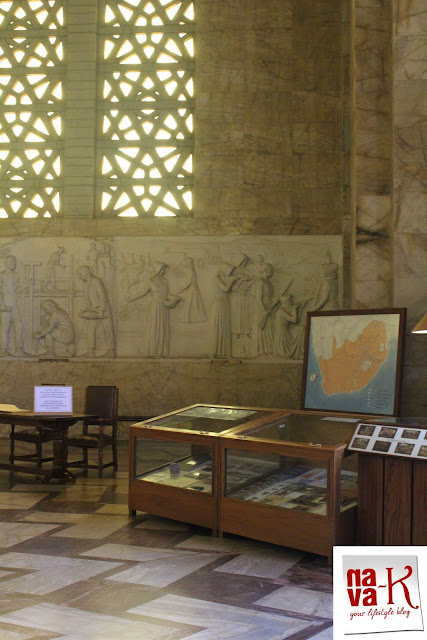 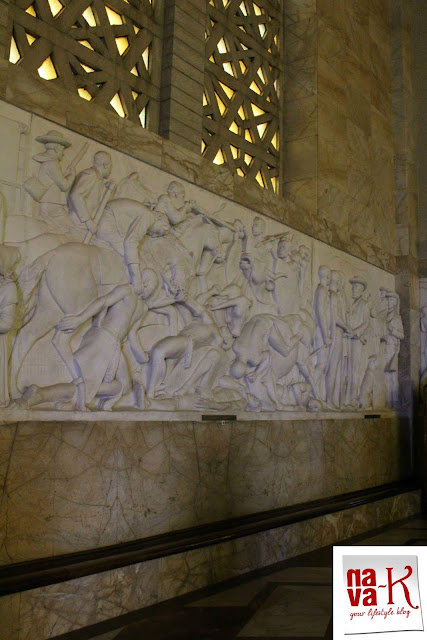 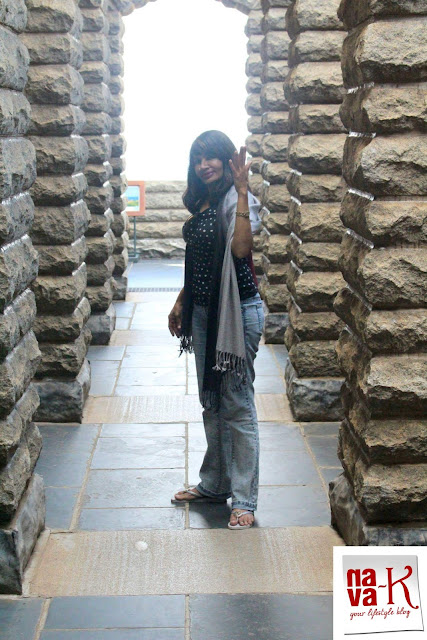 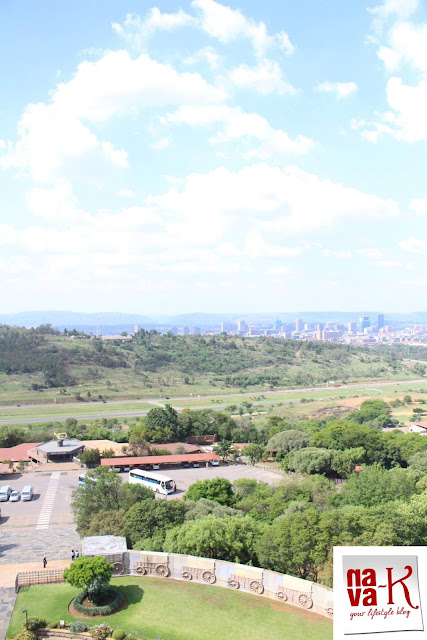 Departing from Voortrekker Monument by late evening, our next point of stop was at Sandton City Shopping Complex. Seemingly the one-of-a-kind premier fashion, leisure destination and an energetic hub of Afro-cosmopolitan glamour, Sandton features world’s most desirable brands and close to 300 leading local and international retailers. 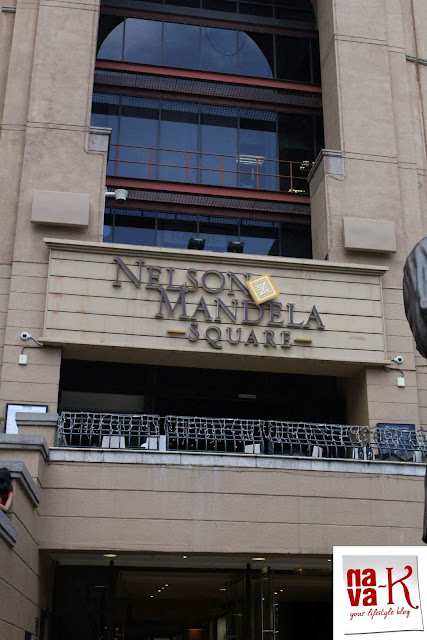 Shopping and me? In all fairness, we did walk around, hoping for best bargains. Except for buying some chocolates and Rooibos Tea, I had no intention to shop. Not cheap. Even so, nothing really triggered me until I was literally dying to buy. Frankly speaking, its pretty much the shopping trend across the board. Of course, if you are badly into African fashion and stuffs, go for by paying the price. Out of the shopping complex within the next hour, what really made me so happy was seeing the huge Mandela statue. As though it is him right in front of me. Marvelous. Mandela my hero. God! I literally was pinching myself, goose bumps as well mind you. Only if it was really him? I can't imagine what I would have done. Definitely picturing must have been the must. Well, at least I did it close to his legs of his statue. Praise worthy. 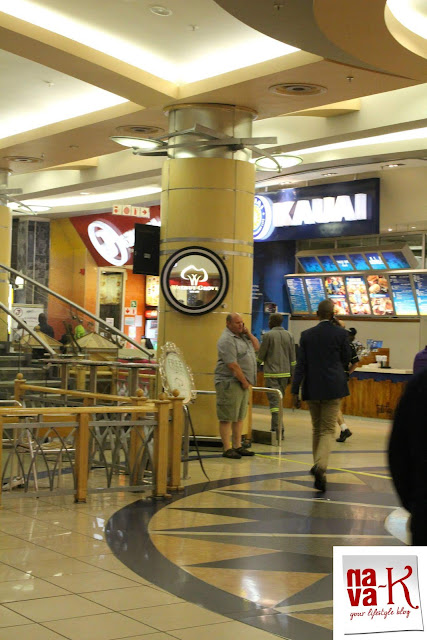 Dinner next, and back to the hotel. Next morning, we paid a visit to the diamond factory. As usual, for those of you who have travelled in a tour, you should know that this kinda visit is basically for you to charge your card. Did I? Oh please. Diamonds are not my best friends. Never been, never will be. Finally, sadly, I had to bid bye bye to South Africa. Forever cherished and forever on my mind.