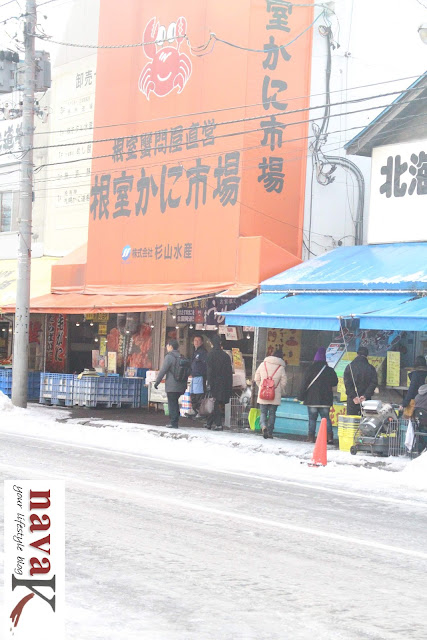 What a disappointment. Duh! Sightseeing crumbled crushed because of heaviest winter lashing. Can you imagine how I would have felt when told sightseeing infinitely has been cancelled? For me personally, travelling is about sightseeing and none other. Not shopping neither even food tucking. But I suppose I had to accept the fact that there's nothing much for us for the day except shopping (Otaru Sapporo). In fact, we were also told to be prepared for flight cancellation and another day, if we have to, staying back due to this one of the worst winter. Yet, I didn't stop keeping my fingers crossed. Hope still continued to flame for "Okurayama Viewing Point", the 1972 Winter Olympic Games sky jumping venue. In the end, hope came crashing down like the massive white snow falling. Confirmed its a no go as well for viewing the entire Sapporo city from atop mountain peak and Sapporo Shrine located in Maruyama Park. Bottom line, no sightseeing at all (Sapporo, Noboribetsu, Hokkaido & Chitose/Hokkaido). Bang! Frankly speaking, I felt as though a shape travelling arrow had pierced into my heart and a big explosion has erupted in my head despite being aware that we shouldn't make matters worst when weather is playing sparks. Being safe definitely must be adhered. tell me about weather ruining our hard earned travelling money? Never mind I then calmly told myself. Was there anything I could have done? Unfortunately and sadly, nothing.

Sightseeing officially cancelled, we were dropped of at a wet market. Nonsense! Like I was trilled and excited? What? Like I have not had enough of walking in and out of our local wet market? Okay, so in Sapporo and the whole of Japan potentially, its sea catch and local produce. So? Aimlessly walking around for time passing, what caught us off guard was the attitude of some of the Japanese staff. They not only stared at us, particularly at my other half-half and myself, they indirectly belittled us when we took shelter in front of their electric body heating lamps. Upon noticing what we were doing, they quickly switched off the lamps. Mmmm? I thought Japanese are one the most humbles people in the world?  Says who now? Their garbage attitude almost got my razor mouth lashing. Yet, what is the point?Why bother flexing your mouth muscles when you are in country language barrier is obvious? Feeling really irritated, we decided it will be best for us to hop back for staying put in our coach until the rest are done with shopping. 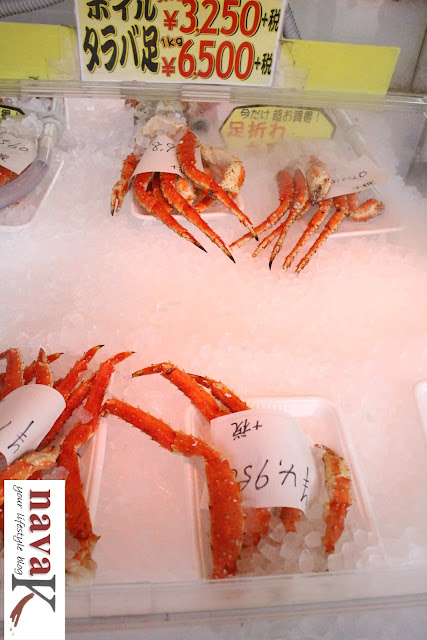 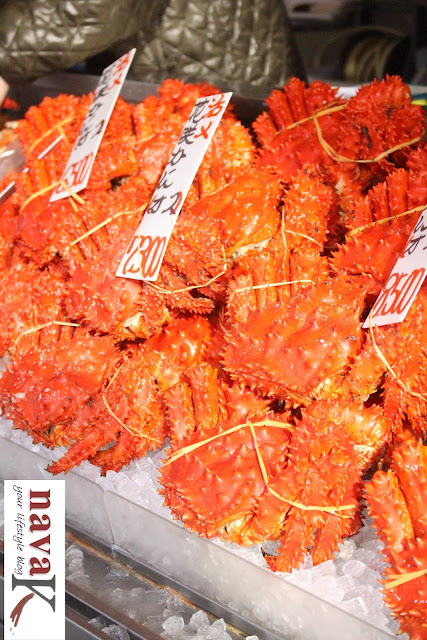 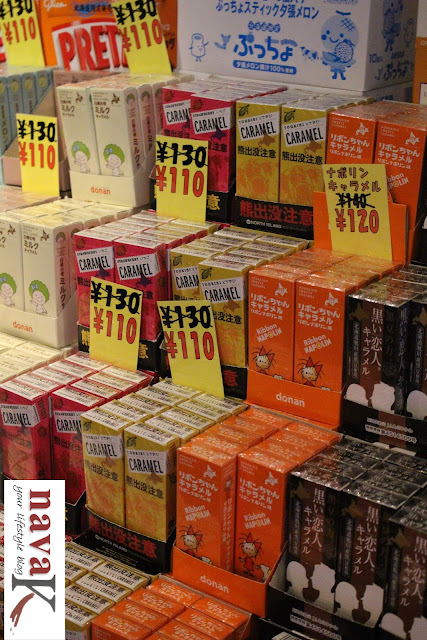 Subsequently to a shopping mall for supposedly only in Japan Burberry blue label handbags. God! People sometimes can over-exaggerate. Old stock, a few seasons back fashion and such a non attractive collection. I anyhow wasn't like badly looking forward to buying. Branded items definitely does not interest me anymore. Whatever for? Paying a fortune for impressing others? Never. Time already taking its toll, we thereafter headed to Sapporo-Sushi. Pretty much a standard I am already bored massively standard sashimi set lunch which we have been having from the time we arrived in Hokkaido. Honestly, I couldn't even care less about the slowly grilling over charcoal flame abalone. I just handed it over to the person beside me. 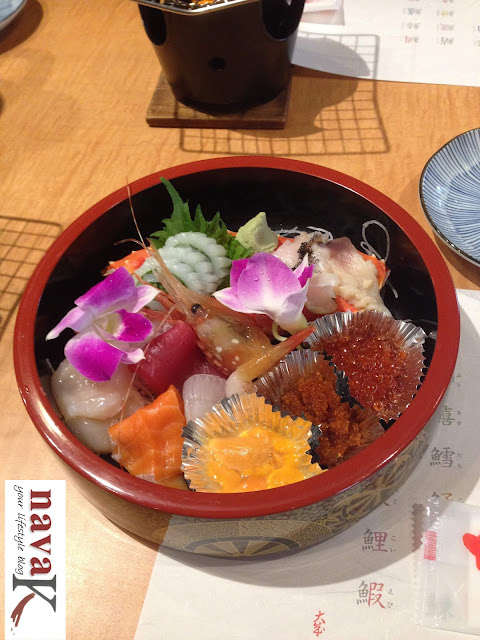 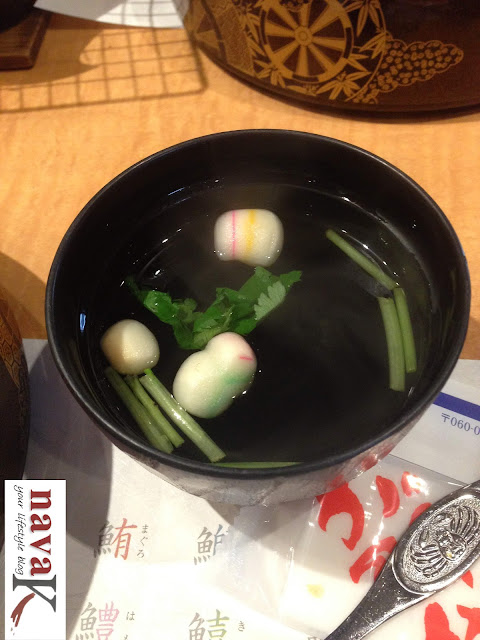 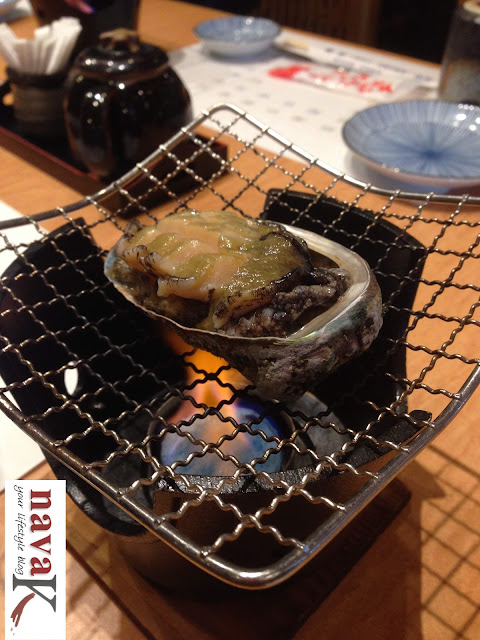 To tell your the truth, I hardly ate. That's why when we next adjourned for another round of shopping in Mitsui Factory Outlet, of course I did glimpse through some of the products, but the priority was yearning for a normal meal in the food court. The bowl of pork spicy ramen I tucked into, akin a winning food formula truly made my day. Yum. Utmost satisfaction. 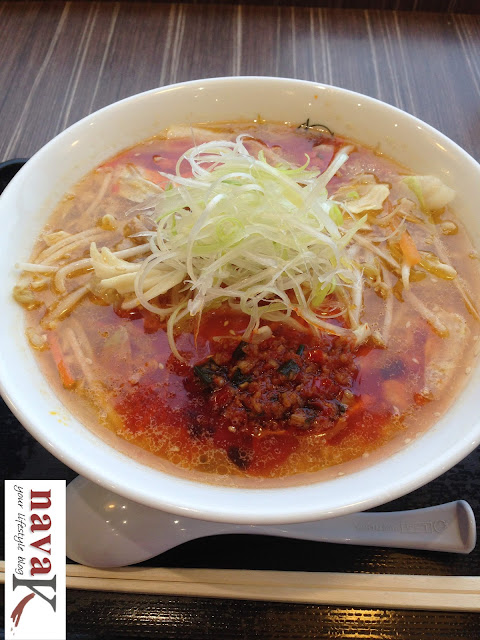 Killing, literally, all the time allocated for shopping till late evening, basically doing nothing, we then had dinner in Sapporo Kani Honke, Sapporo Ekimae Honten. Like a mad max crab feasting pigging house, I did not, no, I didn't want to touch food because it was genuinely like an eye sore over the cheese baked crab, fresh raw crab legs, crab steamboat and the finale, thick gooey, stirred with eggs, topped with spring onion crab porridge in the same steamboat broth, all of these I generously handed over to the person next, and next and next to me. 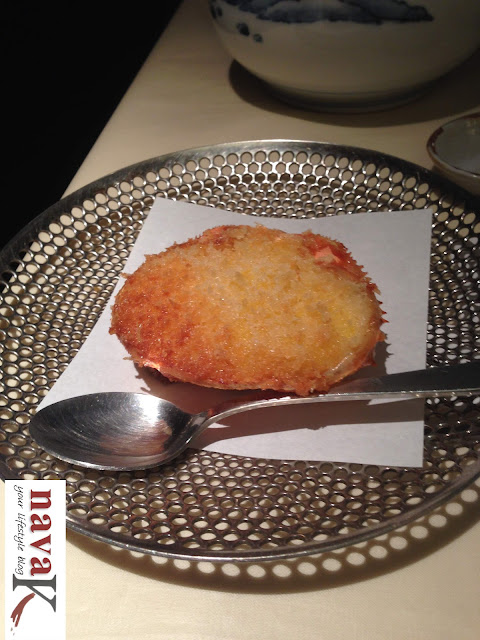 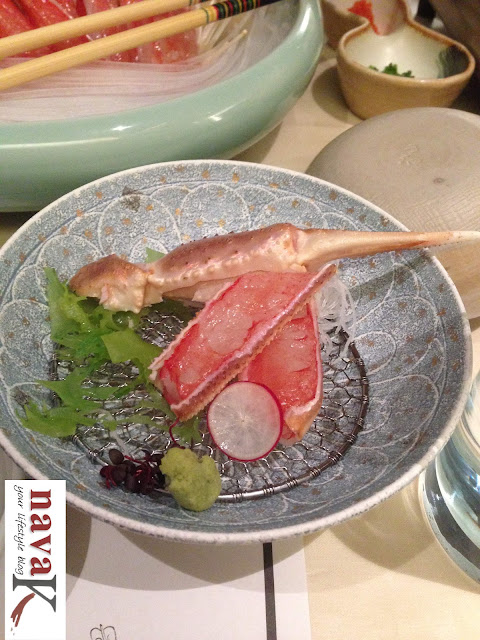 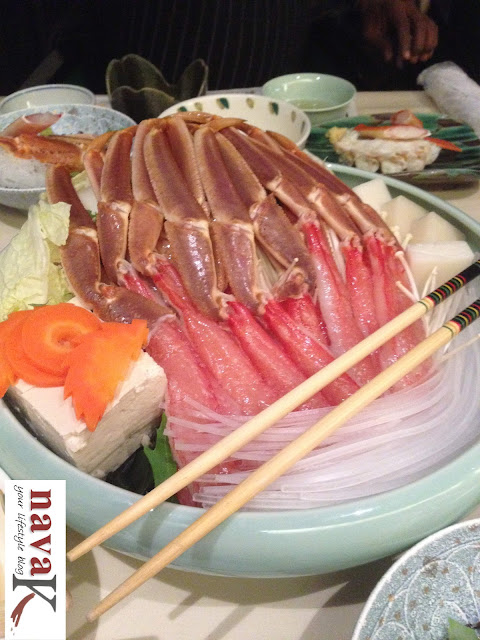 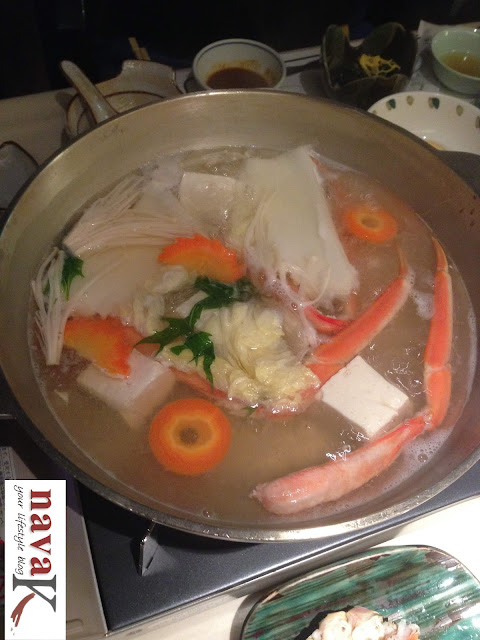 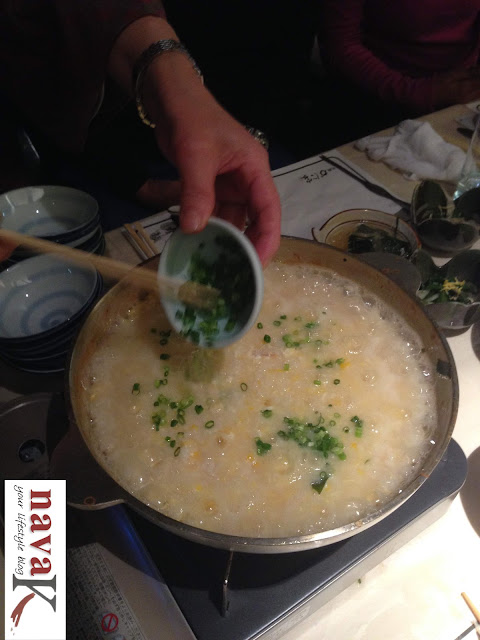 Back to Keio Plaza Hotel, whatever needed to be place back in our luggage done and next morning, I made sure I pleasured into the absolutely a pride in my tummy breakfast and later we were transported to the airport before permanently bidding bye-bye to this Hokkaido/Sapporo winter time. 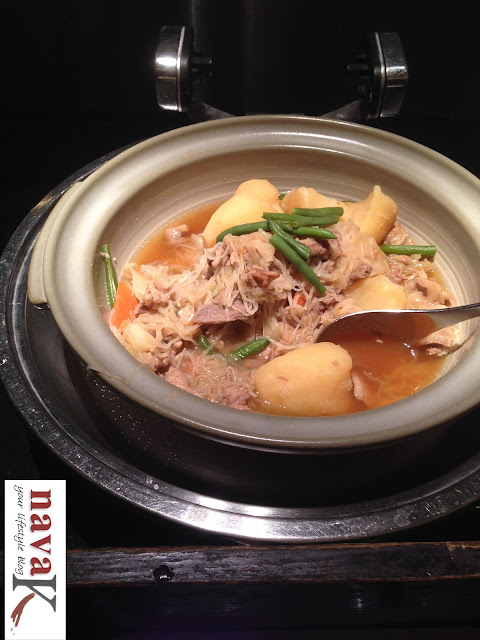 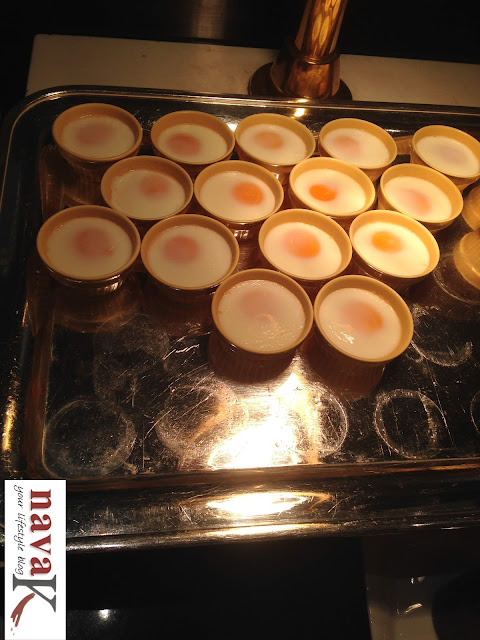 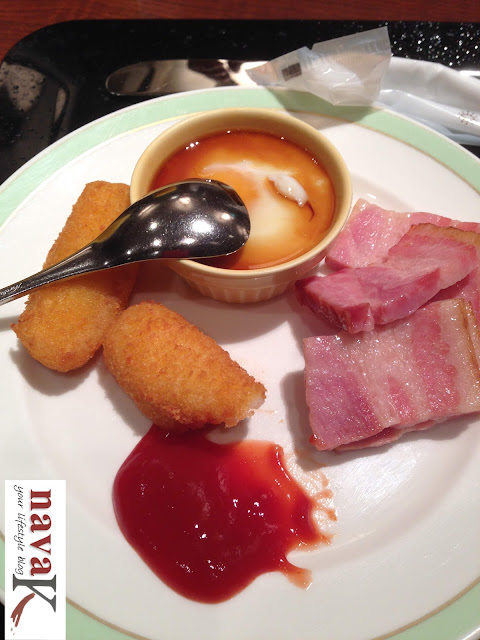 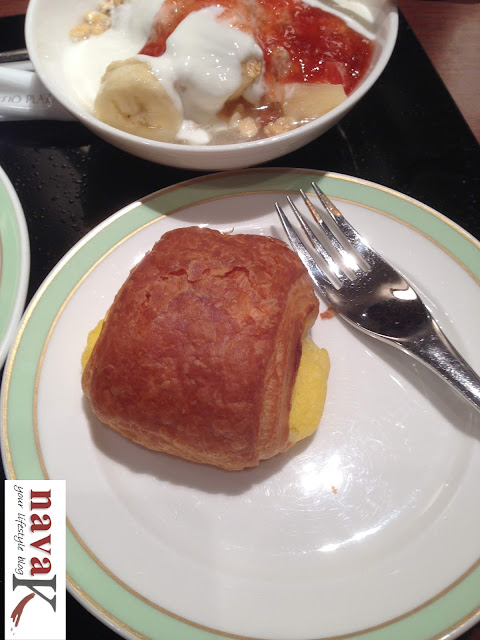 Indeed, a memorable holiday and coming with it fun, happiness, joy, laughter, exposing me to how severe winter can be and handing me the key to travelling as one happy big family in a tour group. Will I head to Hokkaido again? I guess not because there's so many other countries throughout the globe I wanna and I must travel venture. 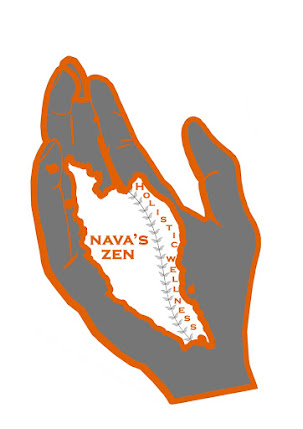