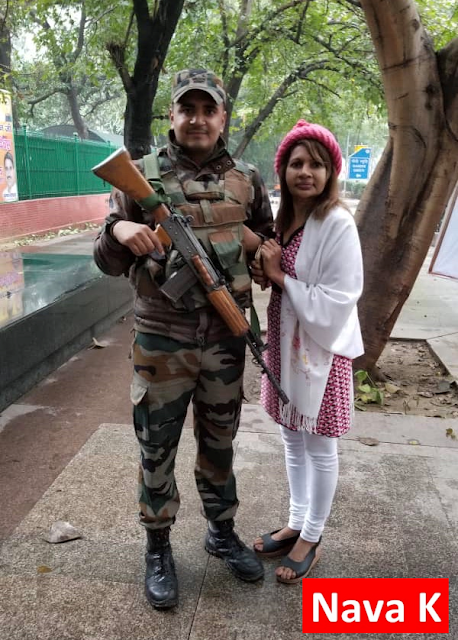 New Delhi. Day 2 (Delhi Part 1). Winter. Last winter. Winter. This winter. This first week of December winter specifically? Winterrrrrrrr! Oh-no! One hack of a winter. Winter, as if, getting ready for showing its true colors in full force. Full force lashing most probably by the next few days. Winter! Oh my god! Oh your god! Winter literally penetrating, pricking and needling me, deep, deep into my skin and further deeper into my tiny bones. You know what? I struggled. Massively. I had a hard time putting up with winter which was clinging on to me like a lost child. Furthermore, wouldn't just leave me alone. The breeze. Especially. Blowing up, down, and aha, even in between my legs. Until? Not only my fingers and toes were frozen, even inside my "Pussy Willow" and the pussy willow of mine, trembling quivering. Oh boy!

Winter. Winter and this woman? Nava K. No. In fact, like a taboo. As it is? When its raining heavily on my Malaysian ground, I am badly cringing. Then again.  Guess what? I sweat like a crazy dog, cow or whichever whatever animal, at the slightest pick up of the hot weather as well. Damn! The unruly, uncontrollable, unpredictable body temperature of mine? Madness. Anyway, thank god. Thank god because this day will be the finale. The finale to my North India tour (Taj Mahal & Varanasi) and by late evening, I will be off to Delhi airport for returning to, home sweet home. Was I looking forward to coming back home? To a certain extent.Yes. Because, nothing like the smell of your own bed for the best sleep no where in any part of the world you can get. But? Aha? The but? Returning back for facing the reality? The reality to managing my home affairs, and the reality to working my butt out for my future goals and achievements? The worst part of it all? The killer killing feeling killing me profoundly was none, except? Facing the same face of the man I have been married for donkey years and for reasons I don't think I should vomit out. Deep down inside me, honest to goodness, I was longing for a longer break from my marriage. Then again? Ahhhh!!!

Anway, how did this second day in Delhi start off? Back to Karol Bagh. What? Karol Bagh? Again? Yes. Ah? As if we didn't get enough time the previous day in Karol Bagh? Sure. We had all the time on earth and heaven. But? I guess? When you are in a tour? Shut your mouth and just go with the flow. Fine and not fine with me. Fine because, tadaa, I did some street shopping. Not fine? We could have embarked on more sightseeing, instead of me, myself and I especially, walking around, and in and out of the shop like a winter zombie for time killing. Mmmmm!!! 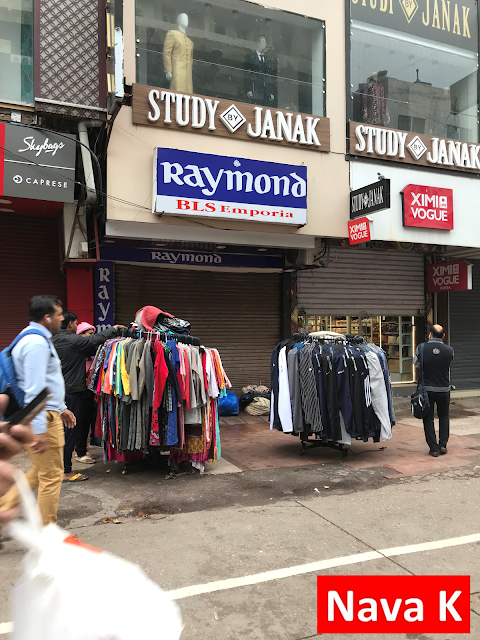 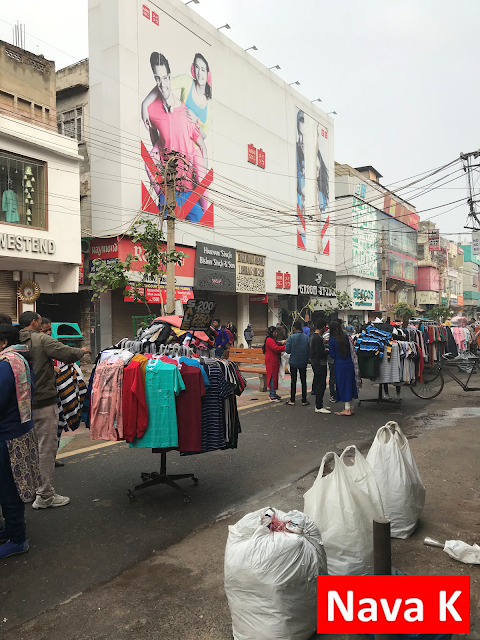 By 1.00pm, time out from shopping, and, time in for lunch. Lunch. Back to square one. The same restaurant. Flavour Of Southvala (Padam Singh Road, Karol Bagh). The same one we had lunch the previous day. Duh! Why? Due to the general consensus of the Malaysians Indians in this tour group. These people? Adui! Shopping seemingly the main calling and so little interest in food venturing, and me, yes me, the adventurous foodie in this group? Hack! Having said that, I had to eat as well and hunger by this hour, driving me insane. Because, I hardly touched the pathetic hotel buffet breakfast this morning. Except a cup of coffee. In all fairness, despite me feeling like a letdown super bitch during lunch, since I was looking forward to a different kinda food or in a different restaurant, I must praise the lunch. Mutton Biryani, Uttaapam (the other type of dosa), and on the side, papadam. Oooooo! Like heaven calling, made specially in heaven. Of course. I must have my fix of Bru Coffee as well. Bru Coffee of India? I tell you. You can like, reach orgasm, almost, after drinking. Hehehhe!!! 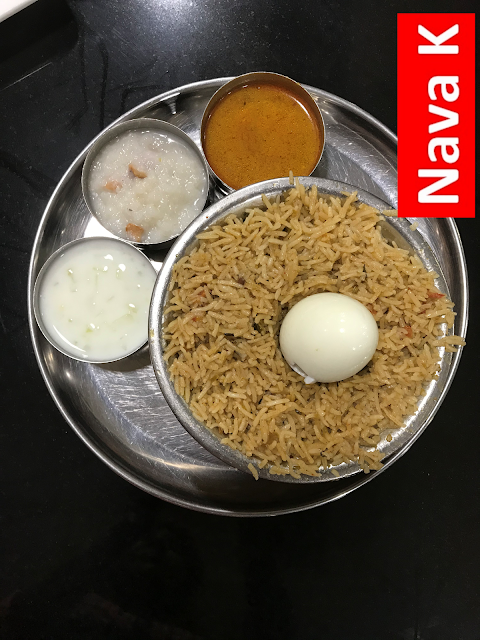 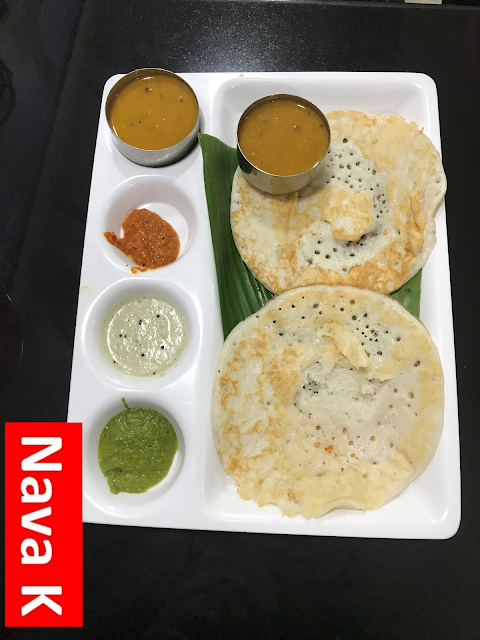 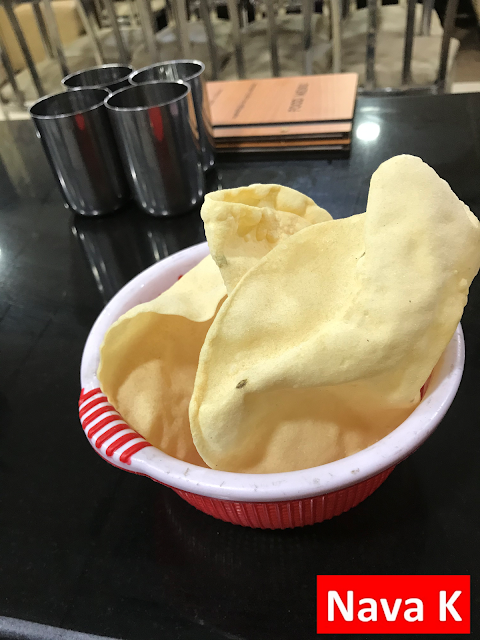 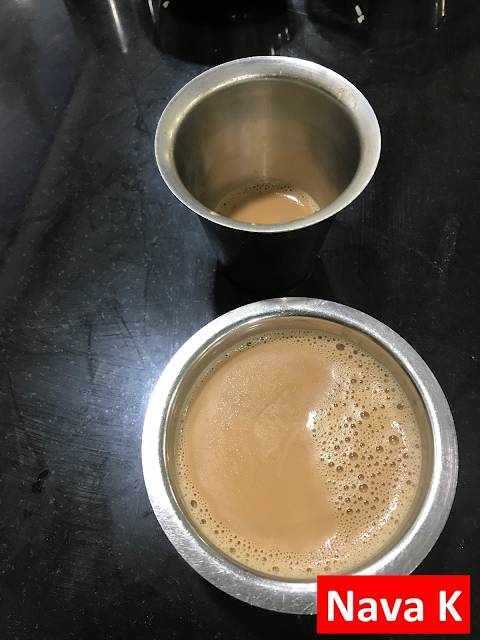 Lunch capped, thereafter? Yehhh! The love of my travelling. Sightseeing. Yehhh! Where to? India Gate. Gate of India. The significant, legendary, historical gate which I believe no one want to miss if they have landed themselves in New Delhi. India Gate. Standing all mighty and profoundly within the large area in Rajpath. Initially known as "All India War Memorial", India Gate, a war memorial and arch gate made out of sandstone, built to commemorate the Undivided British Army (aka, British India Army). Basically, the soldiers. Soldiers who are in god's land now. Soldiers of the First World War and the 1919 Third Anglo-Aghan War. India Gate. The largest war memorial in India with names of over 13,000 soldier written on it, surrounded by lush green and well-manicured gardens, yes, I will vouch, India Gate did shower lotsa meaningfulness to my North India sightseeing. 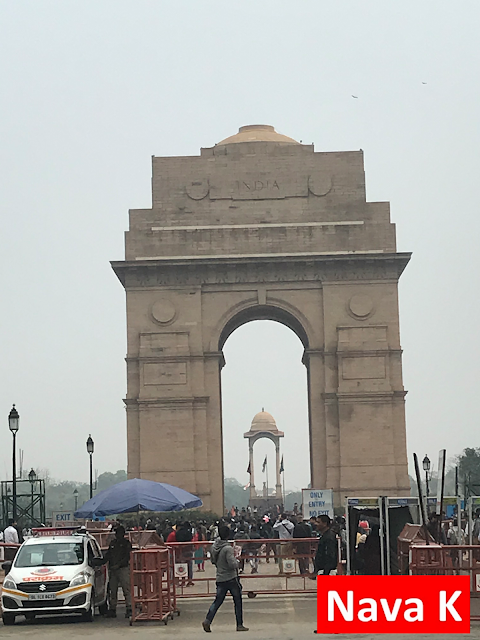 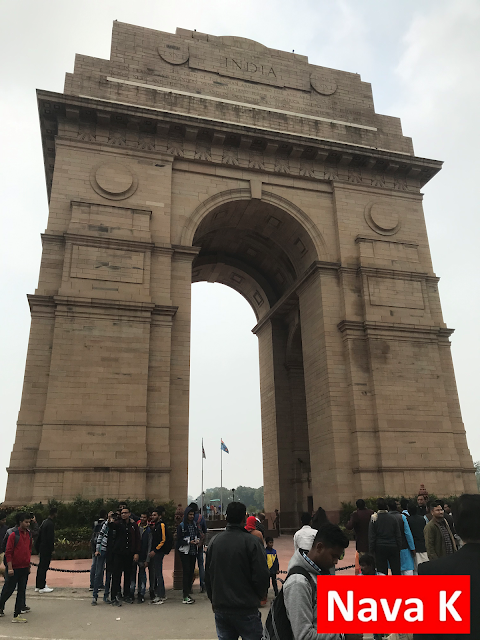 From India Gate, where we were bolstered by huge number of people, including big groups of school children, we walked. The long walk to across the other side of the road, whilst also dashing in between the massive traffic, and prior to hopping back into our coach for heading to "Indira Gandhi Memorial". Indira Gandhi Memorial. Located in Safdarjung area, and showcasing all of it, all things and matters related and correlated to Indira Gandhi, daughter of Jawaharlal Nehru, the first Prime Minister of India, and to date, Indira Gandhi, is the only female Prime Minister of India. The saddest part of her life? Her assassination in this, yes, her residence, by two of her Sikh bodyguards while she was walking through the garden, and before heading for an interview. Oh My Gee! Amongst all the things on display, the spot she was shot dead, which is covered with glass, and the display of her blood stained sari, bag, and chappals she was in, when the shooting took place? You can sense it in your heart. 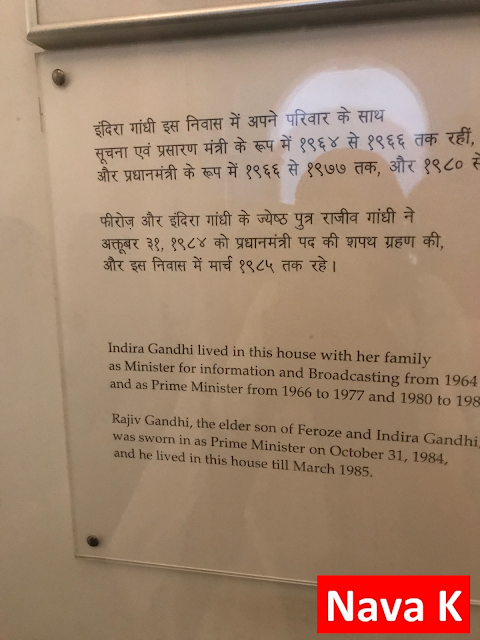 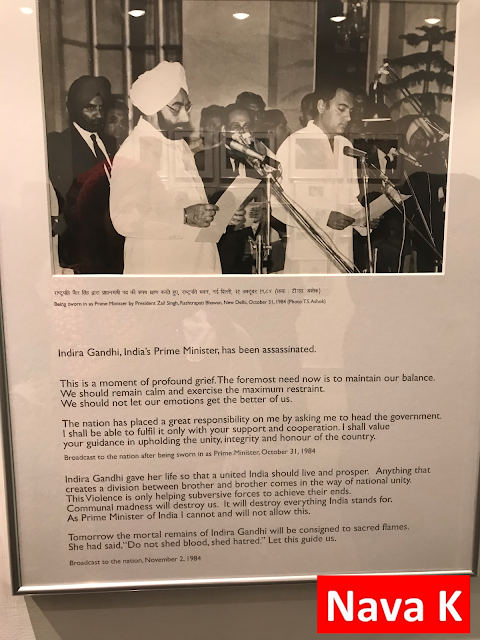 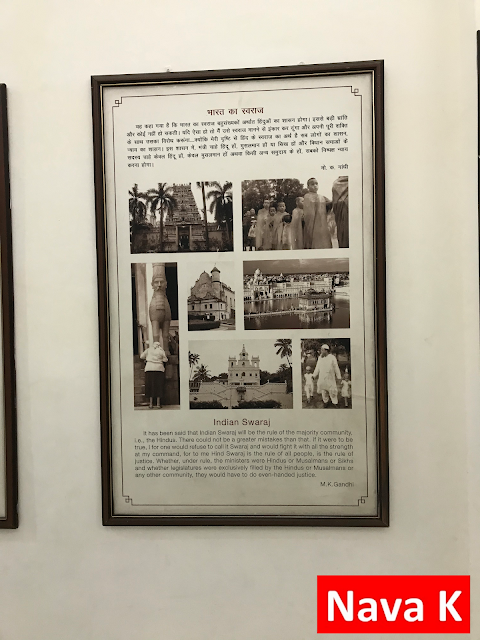 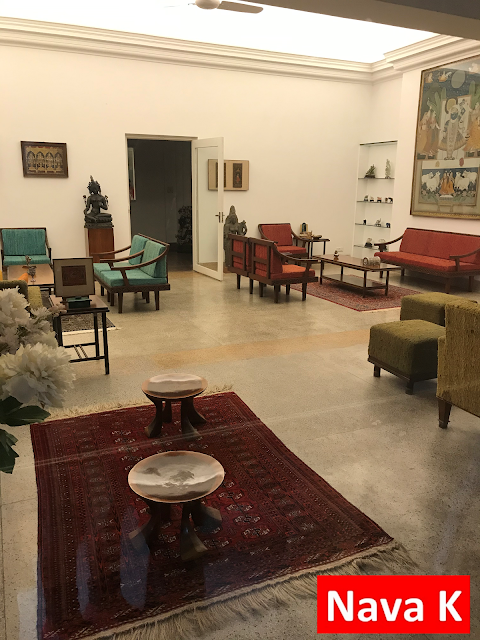 Over. The curtains to sightseeing were drawn. Done. Sightseeing over. Next? To Delhi airport, where we had dinner before shooting off like shining stars, up in the air. Dinner? The happy child in me. The excited child in me. Aha! McDonalds India. In Bangalore my first time ever to McDonalds India but just licking and sucking (ahem!) ice cream (Bangalore) and the not so sexciting KFC Meal in Chennai. This time. McChicken, Coke and Fries. Aside to Coke and Fries, I mean, just the same as elsewhere I reckon, McChicken on the other hand. Waohhhhh! Super good! Super loved! Super worthy. Thumbs up! A good major run to our Malaysian McDonalds McChicken. Maybe even a better runner. Must be, maybe because Indian chickens are more juicy. Juicy!! Juice! The Indian juice! Powww!! I know. 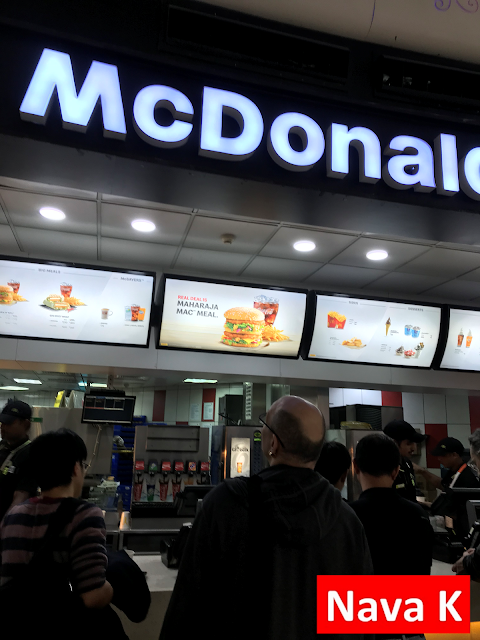 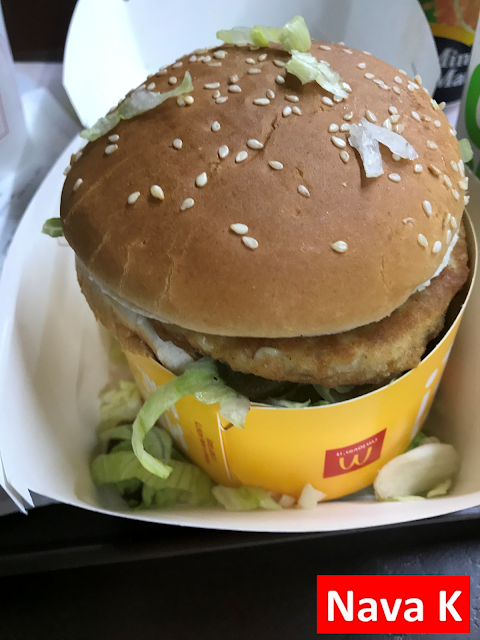 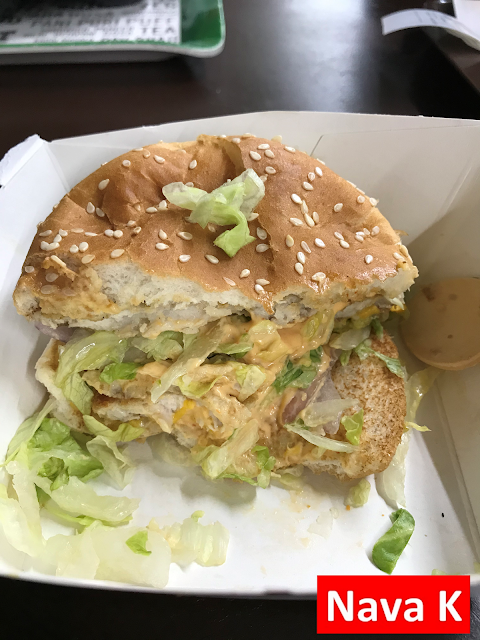 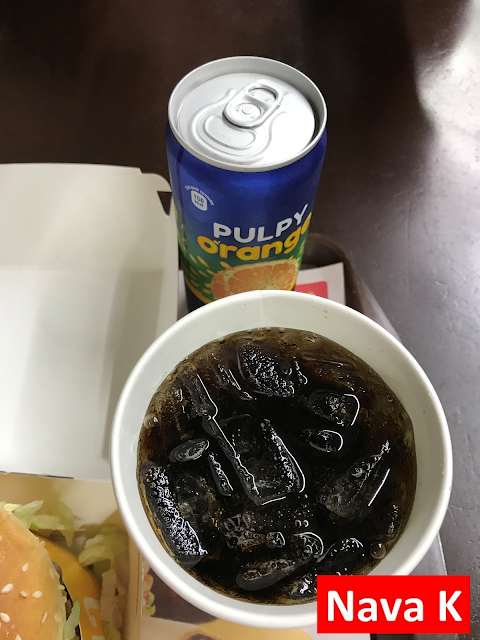 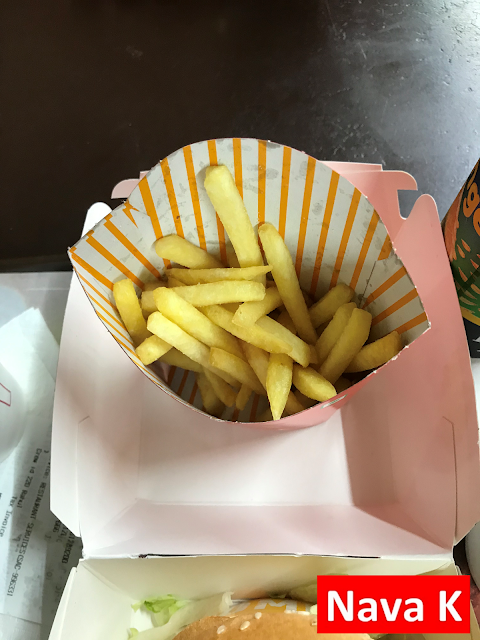 Finally. Boarding time. Into flight. Up in the air and back to my forever love, not my man but My Malaysia. The man of mine? Grinning broadly the moment he saw me. Hah! For me? As though, the gate of hell is open again. Hahhahaha!! Just kidding. Actually, I'm not kidding.