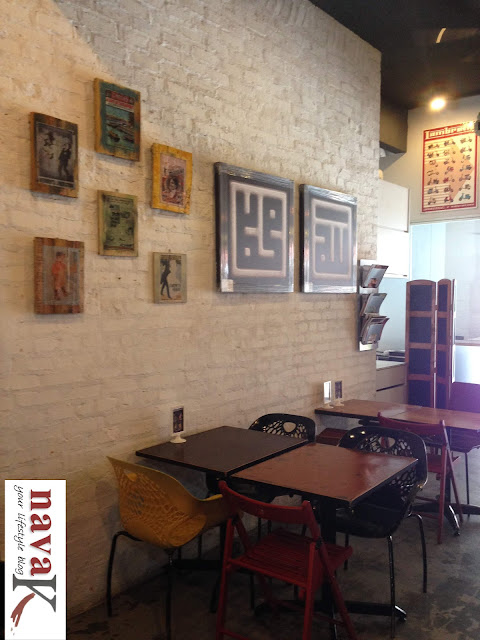 I thought. I really thought I had it all well planned for the week. But when plans came tumbling down mainly because hand phone mattered the most (Iphone 7), everything else was an unexpected domino effect. Certainly not positively, not for the best and one which literally drained off my energy (Da De Bak Kut Teh). Still, I couldn't possibly ignore neither cancel the rest of the plans for the following week as well. With a list of back to back things in line, I  went ahead to cook  for “close to my heart” friend (Karaikudi Kozhi Kuzhumbu/Chicken Curry) and later, shopping for a couple of hours to gear up for the family wedding.


The next morning, despite really struggling to wake up, I somehow managed to pull myself together for the event at Taman Tun Dr. Ismail. However, since I was early, in fact an hour plus earlier, fueling some food to boost my energy level logically was a wise decision. Thus, between the spoilt for choice rows and rows of eateries in a presumably high end area, I opted for the least crowded one. 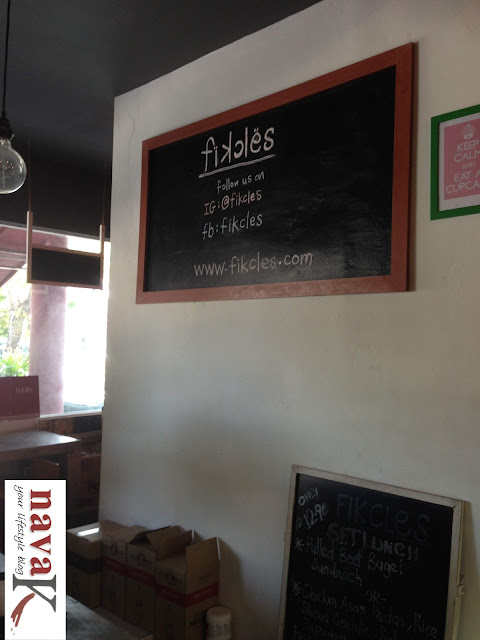 Yea, I am not at all a crowd pleasing person anymore, Fikcles is a comfortable homey café located across the busy as ever main road. Also, noted as a well-designed space, I couldn't help but admire those modern and in-trend wall decors. 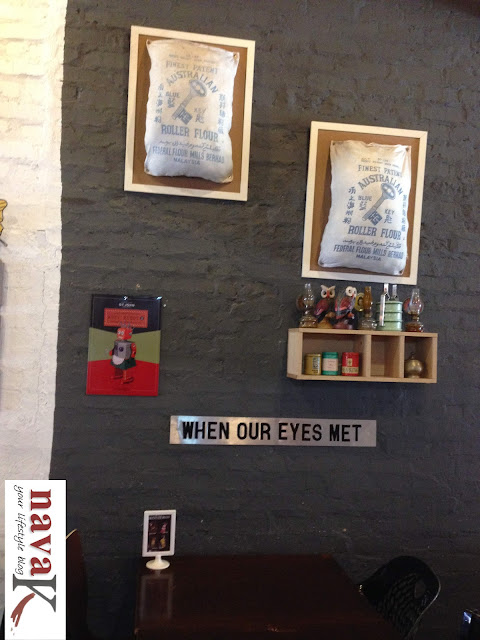 Honestly, I actually felt a whole lot better after walking in and then sat at the outside dining area while flipping through the menu featuring quite a selection of Asian and Western dishes. Indeed, a good mix of food and drinks, to cut short on what to call for, we opted for the breakfast sets. Mine was the Egg Royale set whereas co-pilot preferred the Mee Rebus that we specifically requested not to include beef. But, since co-pilot didn’t consider much on what if the kuah/gravy is made from beef broth, I didn’t want rock the boat. Sly me yea! 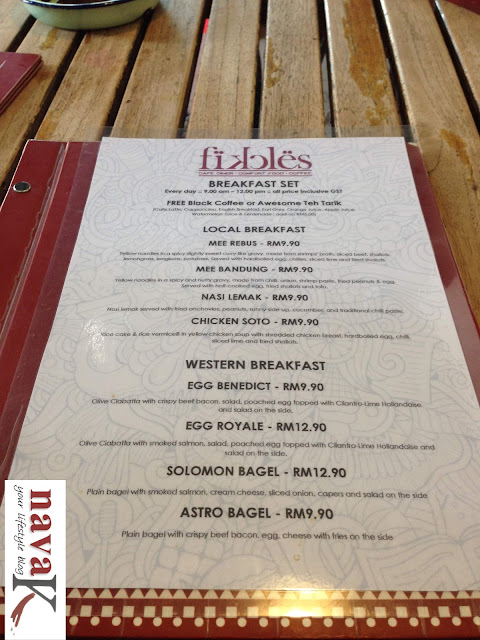 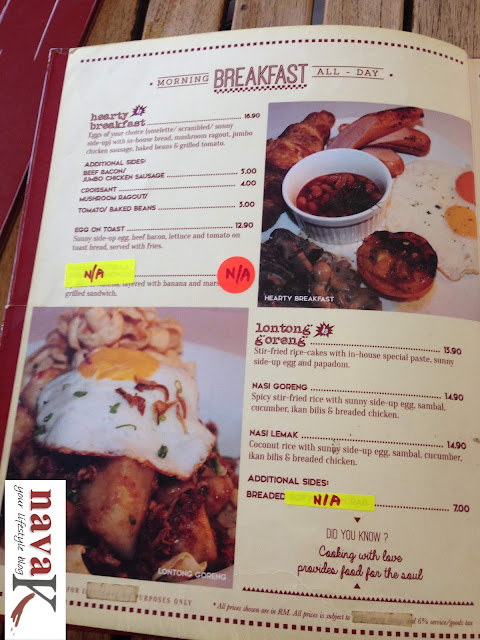 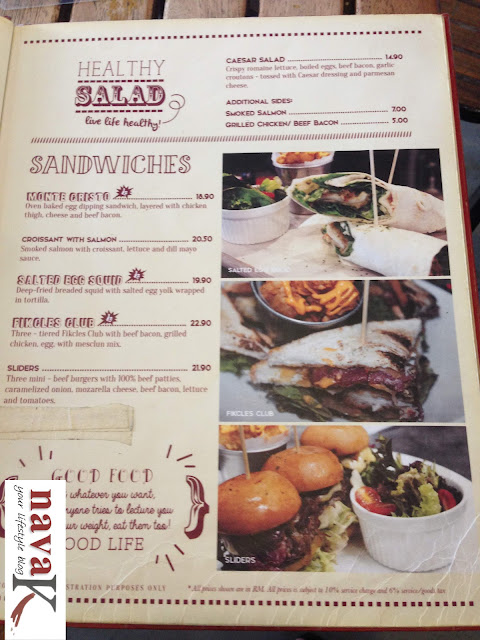 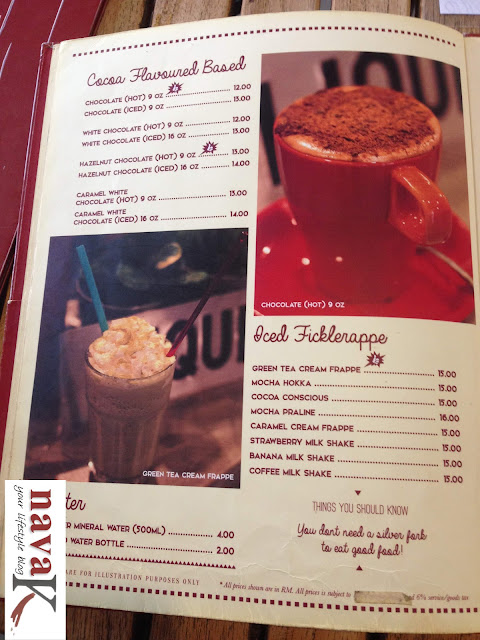 Be that may or may not be, food and drinks arrived within the next 10 minutes or so. Favored as a traditional Western breakfast,Egg Royale was a quality tummy filling-meal. Wholeheartedly accepted, I forked into the oozy runny eggs atop the thinly sliced smoked salmon, olive ciabatta and tad bit of cilantro lime hollandaise sauce, and happily eat alongside the fresh salad. 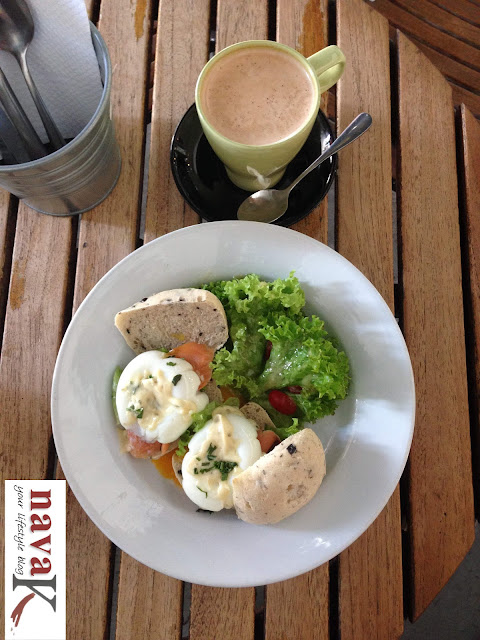 Likewise, co-pilot was contented with the firm yellow noodles drenched in a flavourful thick kuah/gravy with half boiled egg and a slice of lime, garnished with coriander leaves and fried crispy shallots. Finishing off every bit of everything on the plate, he looked up and acknowledged that it was a delectable triple “okay” meal. 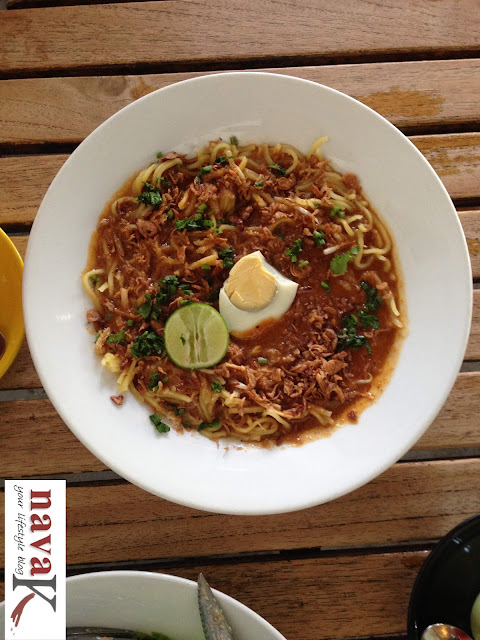 Just then as we were almost done with sipping the decent coffee, a pretty easy-to-love red velvet cupcake came by. Complimentary from the house, I enjoyed its not too sweet buttery frosting, but I shall reserve my comments on its slightly dry cake. 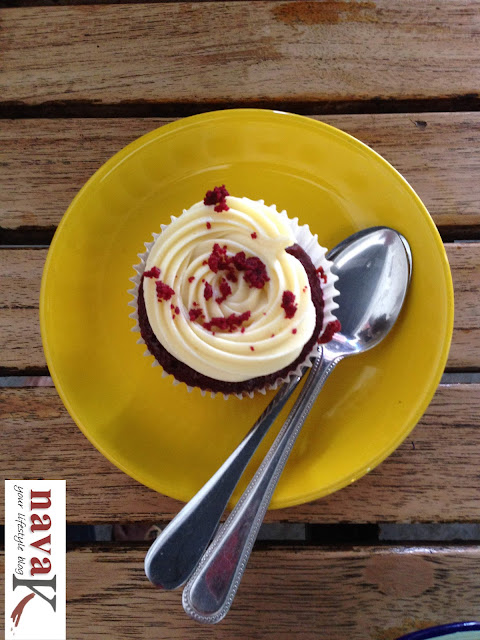 That said, I must thank Fikcles Cafe for this nice gesture and their humble customer service from the time we arrived and left as satisfied customers. 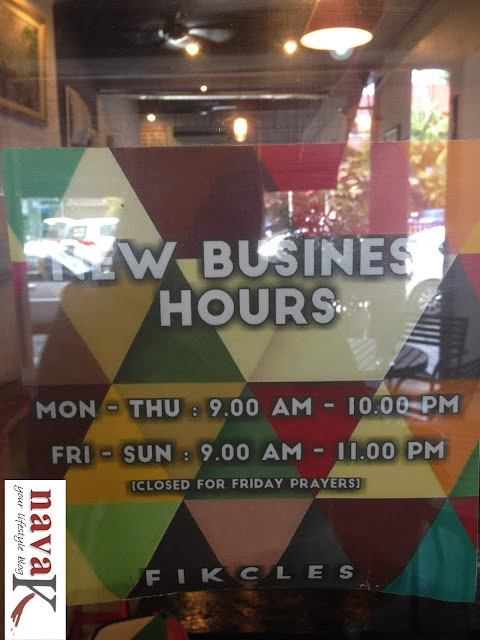 More on lifestyle at Navakris.