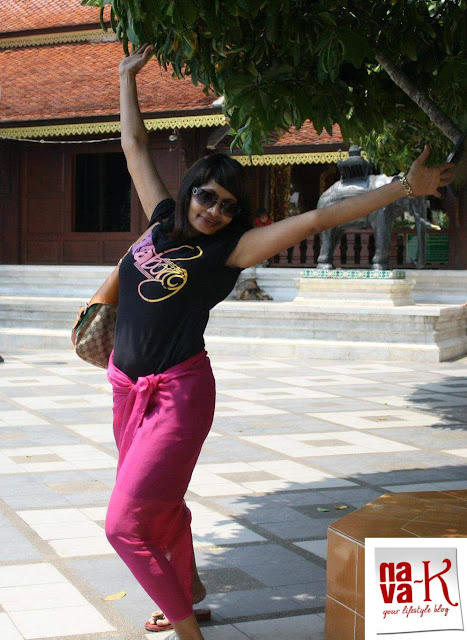 I suppose nothing comes easy our way. Literally none. Ask me and I will tell you, but I can't speak on behalf of any of you. I won't and I choose not to anyway because to each our own bundle of life stories. My story without a doubt have been a roller coaster ride and yo-yo string up and down for as long as I remember. Years of struggling for settling in a career I am passionate about, one marriage failure after 16 years and the rest is more and more pain and misery history until my Indian hero came by. Honestly, if you asking me, he is god send for rescuing me. Whether you agree or not, I really believe there's a soul mate out there for each of us. I met mine when I was dangling in many question marks at 37 years old. The rest is history in making whereby we together worked our butts out for a comfortable life (more at Verona & Milan). Additionally, unlike the current generation, the lucky generation who are showered with lotsa money by their parents for travelling, I had to save. Thanks also to my other half-half for kick starting me hard towards my first ever heroic solo travel (Bangkok Thailand - Through My Canon). Thereafter, I did my solo tour group travel to Vietnam & Cambodia, followed by all expenses paid for knowledge thirsting in Perth and next was another solo travel by way of cruising (Krabi & Perth).

Shouldn't I be proud of myself? This married Indian lady in her early fifties who have travelled on her own? Not sure if you are agreeing. Maybe its a norm for Western women or younger women to travel alone, but as far as I know, not our Malaysian Indian ladies though. Speak about our suppressing Indian culture, I personally believe I must pat on my own shoulder. Trust me, who ever said travelling alone when you are in your fifties is easy? No, take it from me. Not easy. You need bouts of guts. Worst of it all for me is sleeping alone in a new country, of course the streets are never friendly to women on their own, let alone in Malaysia, yet conclusively, I am not gonna stop. As long as I can, as long as I don't beg, borrow or steal money neither ride on others, I will be out there in one country or another.

This latest trip of mine to Chiang Mai/Chaing Rai I reckon can't be included as another solo me. I actually joined force alongside the Indian couple I met during my Vietnam and Cambodia trip (Ho Chi Minh City - Lets Explore together). But its still back to sleeping alone, which mind you can be a bed nightmare jerker. Yet, I always remind myself that lets cross the bridge when we come to it. This 4 days 3 nights was one of those all paid for tour travel except obviously, common sense will tell you shopping is always ours? Departing from the airport on a rather early morning flight, in fact I had to be up by 5.00am, up in the air we went for just a few hours, prior to landing in Chiang Mai airport where our tour guide was already on stand-by and another family of four, Malaysian Chinese family were also part of our tour.

The start for the day, call it brunch or even early lunch, within the next 20 minutes we were already seated in the road side Thai Muslim stall, A bowl of egg noodles soaking in curry and some chicken pieces, teamed along Thai style kimchi, sliced onion, cucumber, lime wedges, washed down by coffee. Was it a meal I am dying to suggest to you? Don't waste your time. In fact, I didn't even bother jotting down the name. Frankly speaking, we hardly ate. We looked at each other, I especially grinned like a wicked witch, seriously, forget it. 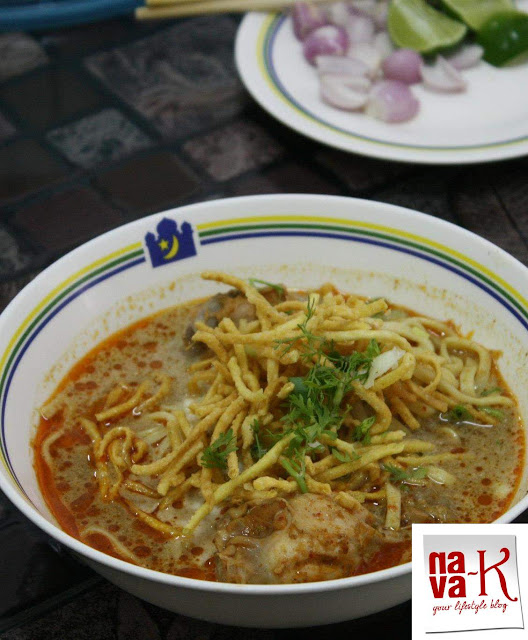 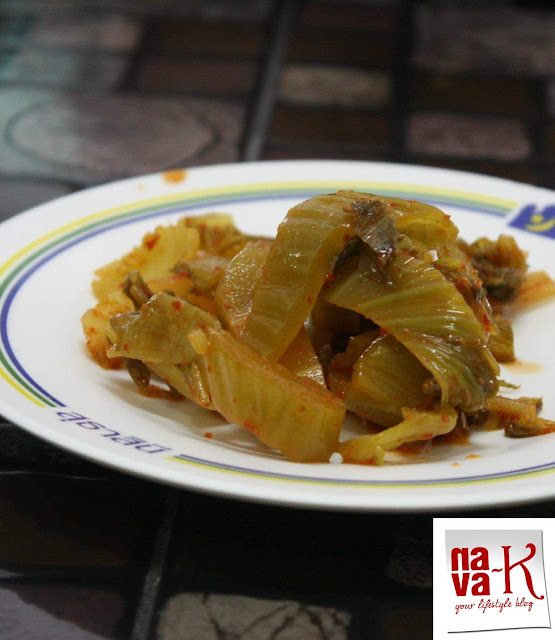 Anyway, in all fairness, we didn't sulk nor did we put our thoughts across to the lady tour guide. I suppose its one of those things you can avoid when you are in tour, within the next less than half an hour, we departed to Wat Phra That Doi Suthep via the 15km winding mountain road. Cable car ride was already included, so there was no need to walking up the 300 intricately carved mythical Naga Serpent steps, leading to atop “Doi Suthep/Mount Suthep" temple for viewing the pagodas, statues, murals, bells, the museum and shrines. Do dress decently guys. Its a must in this temple as well as in all temples in Thailand on the whole (Ayutthaya Thailand). I usually carry a scarf whenever I travel. If by any chance my knee length shorts is an obstacle, have scarf will travel for me. 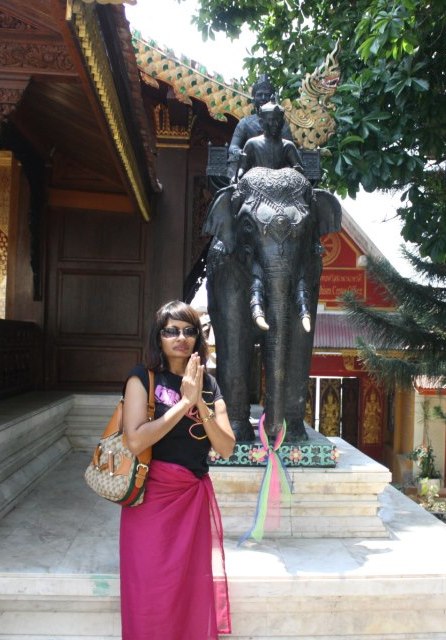 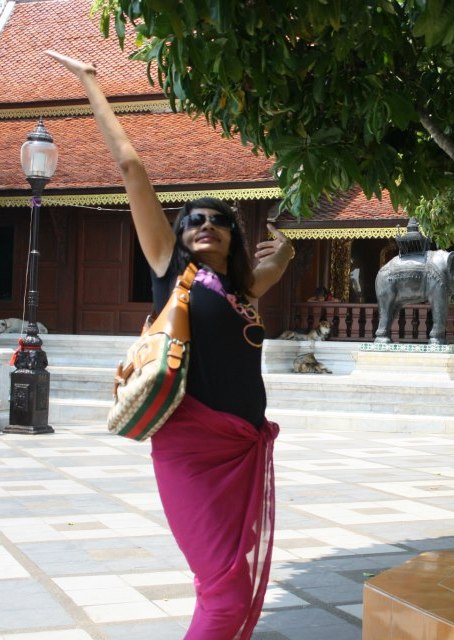 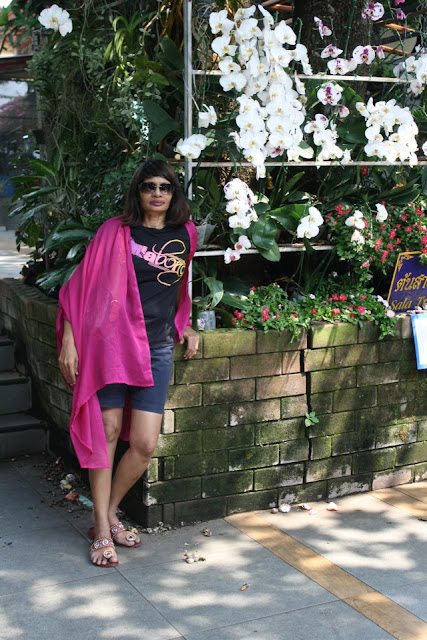 Built as a Buddhist monastery in 1393 and  still functioning till this day as monastery, Wat Phra That Doi Suthep Wat is sincerely a sight to behold. Chiang Mai mountain scenery, the golden spire which decorates the centre of the temple, Emerald Buddha copy statue, the real one in Bangkok I have already viewed, White Elephant shrine, and world’s largest gong and line of bells. I also wouldn't stop admiring the dozens of orchids across the walkway and cable car station. 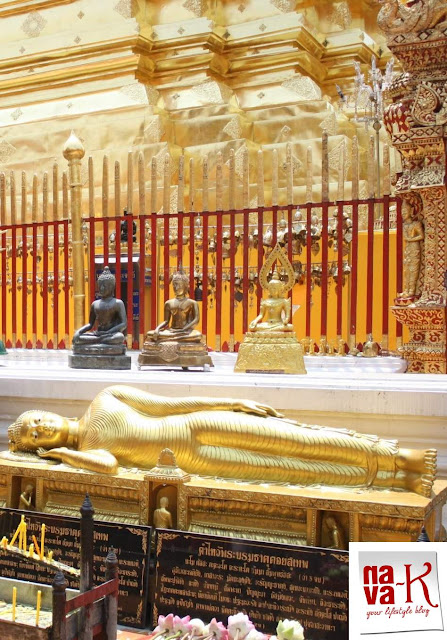 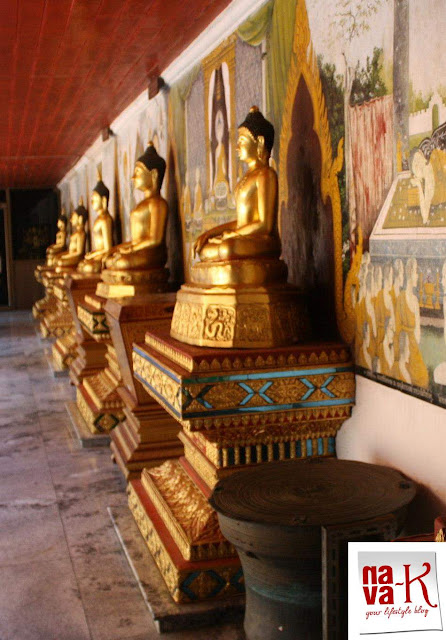 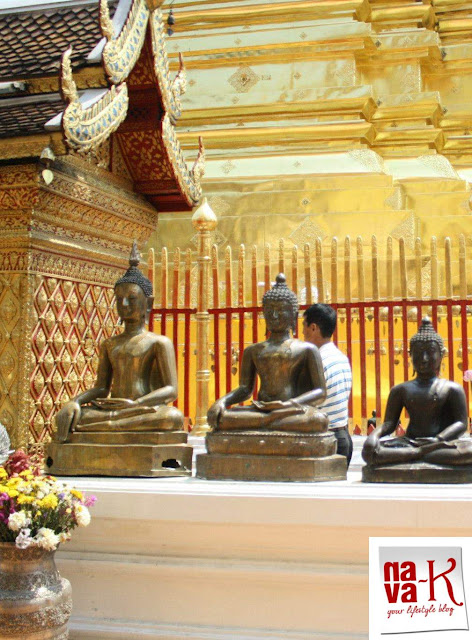 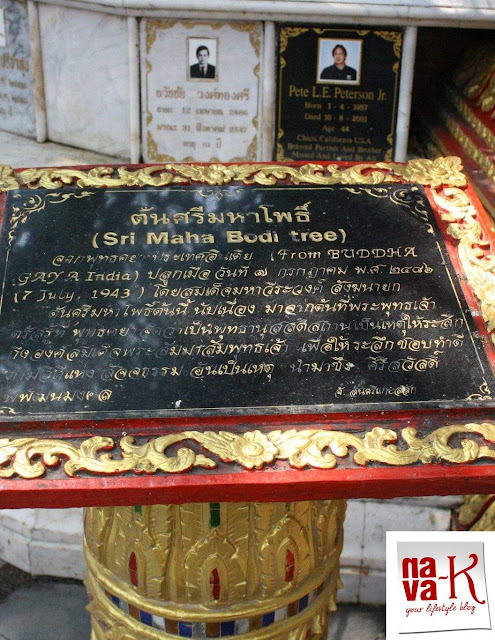 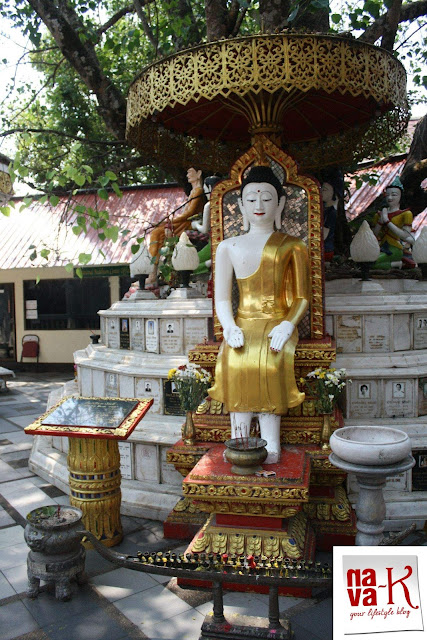 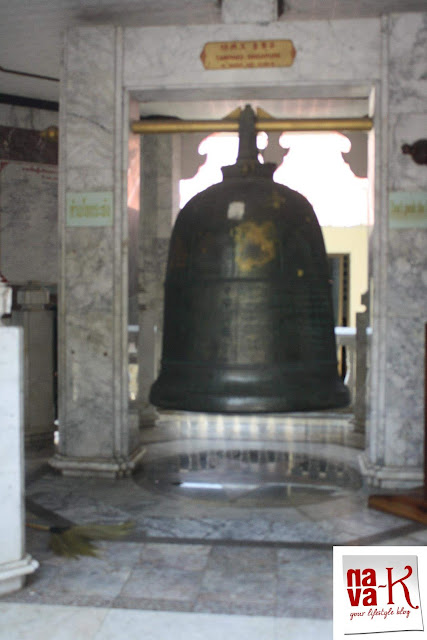 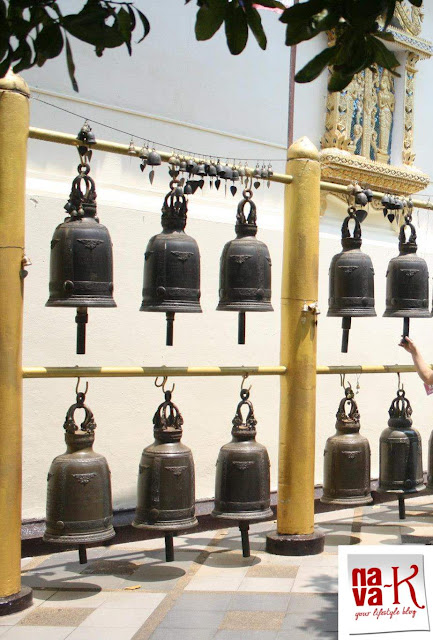 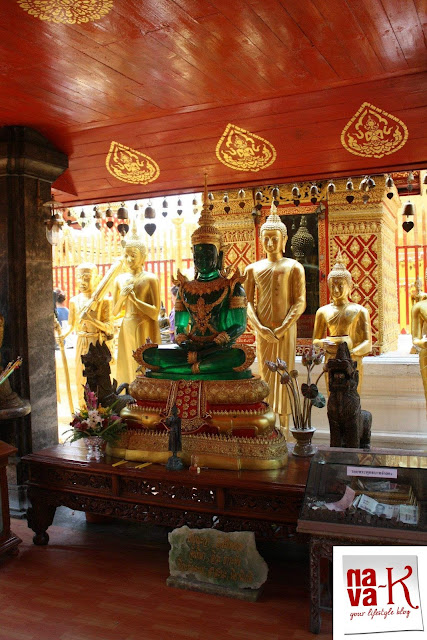 All in all, if you asking me, Wat Phra That Doi Suthep is a must do. Even if you have not heard of it  before, no worries. The tour guides or even hotels will suggest. However, be mindful if you visiting during peak season or weekends. Actually, come to think of it, Thailand on the whole is forever a popular tourist destination throughout the year. So, it speaks for itself  even in Wat Phra That Doi Suthep. Hundreds and hundreds of tourists and Thai people seemingly are always praying. Additionally, the petty traders are quite a bunch. They won't leave you alone. They will tail gate you till the end. Then again, isn't it the same elsewhere too? For those of you who have been traveling widely, I am sure you know what I am talking about (Rome 2 Days). So, lets not made a big issue out of it. If you don't want buy, just ignore them. That's it. Nobody can force you, unless you do it out of sympathy?

By 3.30pm, we were already dropped off in Holiday Villa where we will be staying for 3 days. Off to our room, no qualms whatsoever about my spacious and well maintained room, luggage left aside and and we returned to the lobby. Hunger had strike by then. Should be. Remember we hardly touched the curry laksa, we did though gulp bottles of water in the temple. Having no clue whatever where we should dine, we walked along the road and spotted the few stalls. What a discovery. Truly satisfying tom yam fried rice and absolutely refreshing chilled lemongrass drink. Wow pow tummy rocking. 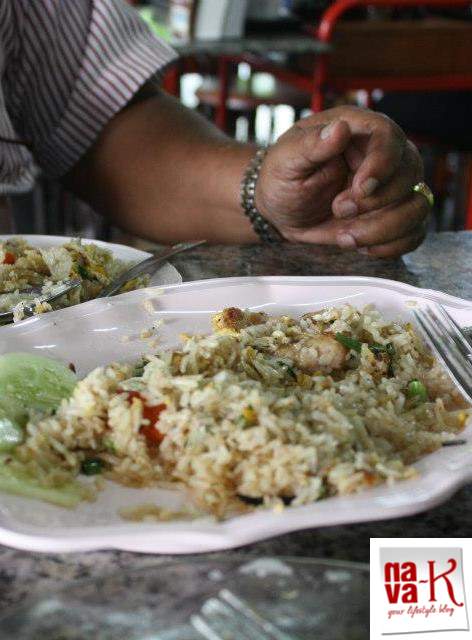 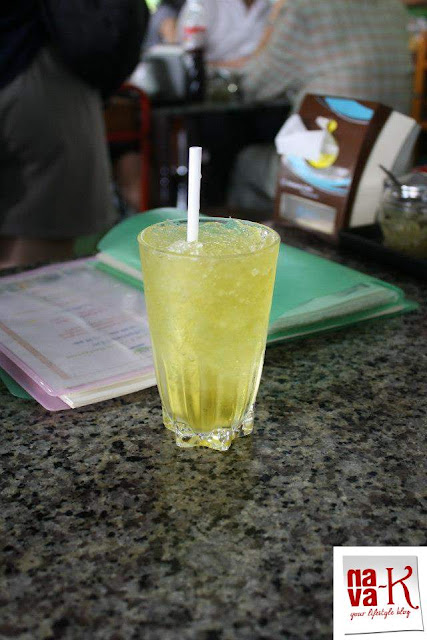 Back to the hotel for a short nap, at about 6.30pm, we left for dinner in one of the Thai restaurants. Not an upscale restaurant, just ordinary and food didn't win us over in any account. Nothing worth mentioning. Subsequently, our leisurely walk from the restaurant took us through the night market and more street stalls, off to bed before an early rise and shine day 2 in Chiang Mai. 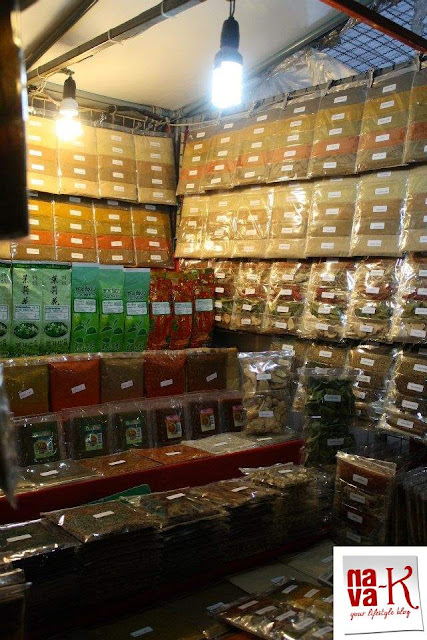 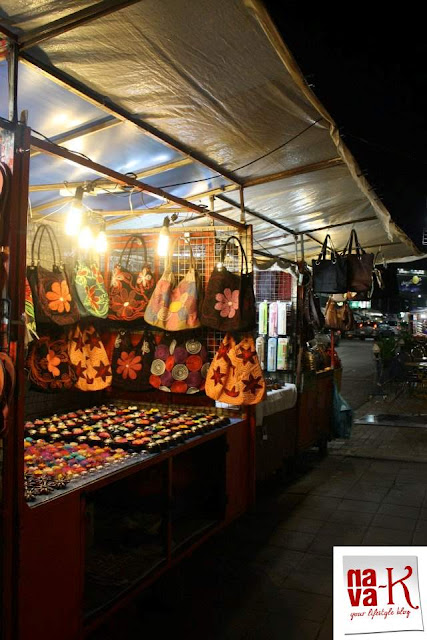 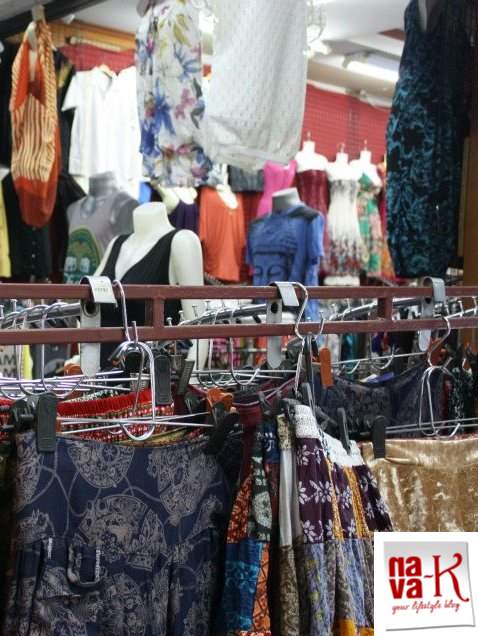