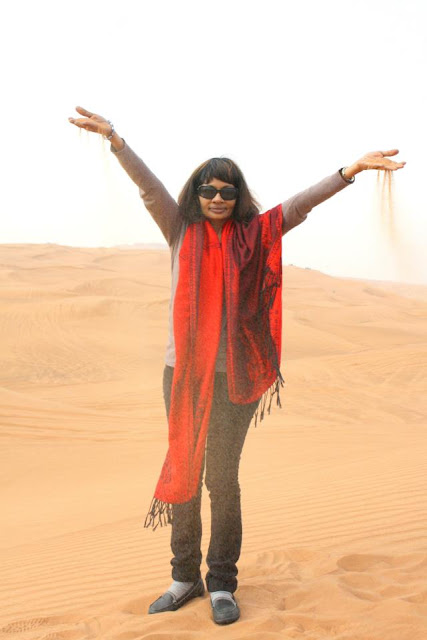 Plan all your want for an uninterrupted holiday, whether on your own or in a tour, sometimes somethings are bound to happen for catching us off guard. Believe me. I honestly know what I am talking about, I hope you are not doubting me. Look, I am in no way trying to brag. Of course not, for someone like me who have already trigger started seeing the world, I do come with my share of the interrupted and unexpected. It all started during my first ever, yes, my first, across the sea Italy holiday (Rome 2 Days) with my other half-half whereby the interrupted caught up with us when our coach broke down. By the time help came and coach was back like a transformer, we had to ditch aside Milan sightseeing (Verona & Milan). Akin gone forever, unless I make another trip to Milan. Then came my Malacca holiday (Philea Resort). Another first time ever, yes, my first out of my house exploring another place compared to all the years of staying put on my familiar ground, the couple I travelled with did open my mind on why it is important to travel with the right people. They of course were not, hell, not only I had to spend my money, the worst of it was putting up with their antic (Malacca Malaysia Part 2). Nevertheless, I must thank them. Otherwise, I wouldn't even have considered travelling on my  own. Solo and Nava K.

Speak about solo, all by myself trip to Bangkok too was the other unexpected (Chonburi & Pattaya). In the sense that like a hero, I arrived in Bangkok (Pathumwan Princess Hotel Part 3) without prior booking a room. Thank god, somehow or rather, I made it, but naturally, I almost teared (Bangkok Part 2). Our Bergen holiday too was no short of show (Copenhagen Part 1). Firstly, we couldn't understand what's with two days in Bergen when in actual fact we could have covered it in a day and then the other day in Amsterdam which by far is where we have to land anyway. Bergen and its rain come close as a ruiner too. What a mess sightseeing in the bad weather (Bergen Part 2).

And guess what was in store once we boarded the flight in Turkey (Istanbul Turkey)? Flight stayed on the same spot for two hours due to technical glitch. Eventually, after all that and what not, by the time we touched down in Dubai, our connecting flight to Malaysia had already said bye-bye. God. Almost all night long in the airport, prior to checking into Copthorne hotel at about 8.00am. That's when I found out who can be counted as resilient or not. The ones who made hell of a noise were those who claimed they have travelled widely (Istanbul Part 1). What? I went like - you mean after all the travelling you did, you are not actually prepared for the unexpected? Unbelievable. To tell you the truth, I was rather cranky as well. Not because of anything, but because we had to make do without our luggage. Oh-my, I needed my sunblock badly and also the same clothes, including undie for another almost one and a half days? 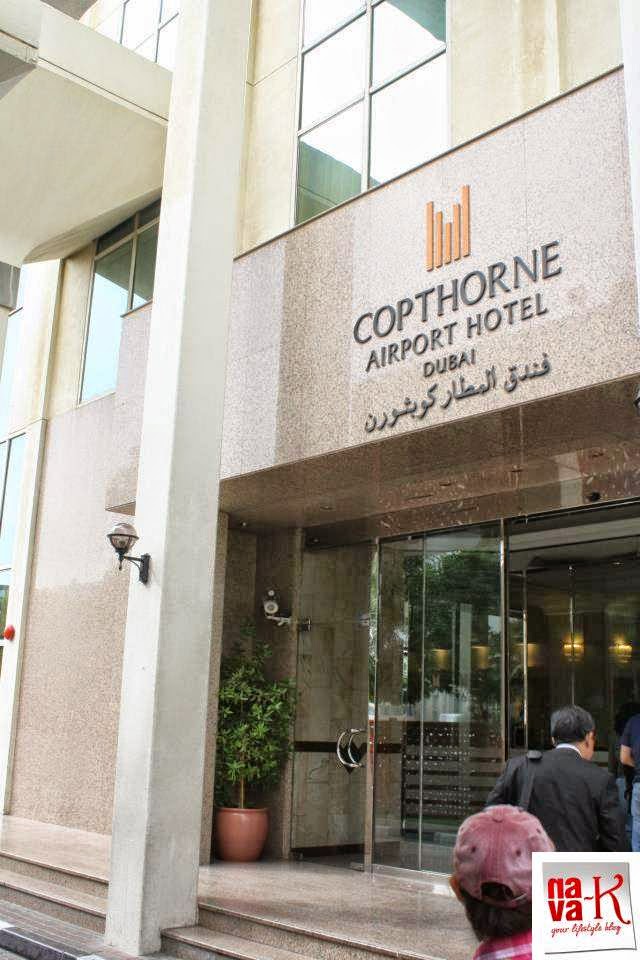 Did I have any choice? I did shower though, we were given a free set of toothpaste and toothbrush, of course all our meals were covered. All courtesy of Emirates Air. Come to think of it actually, maybe it was a blessings in disguise. Dang! Sightseeing in Dubai. We sure did instead of sulking or locking ourselves in the room. A quick and fast arrangement for sightseeing, we had a short nap, we lunched and showered, off we left for our coach driven sightseeing. Oh-my-my! Dubai. Everywhere I turned to, full of Indians and foreign workers, right from the airport to the hotel and till the taxi drivers and also our supposedly tour guide and coach driver. Anyway, our this sightseeing took us around Dubai, speak about sky reaching buildings, six lane highways, number of BMW cars on the road and those huge mansions? Dubai! 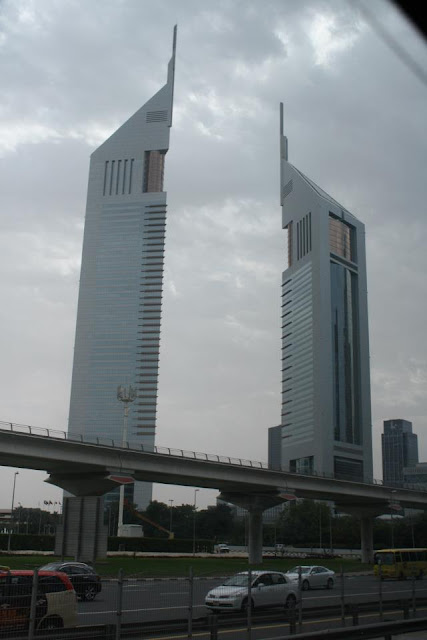 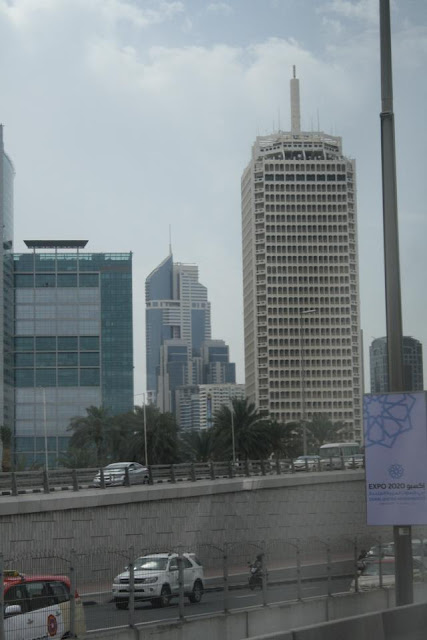 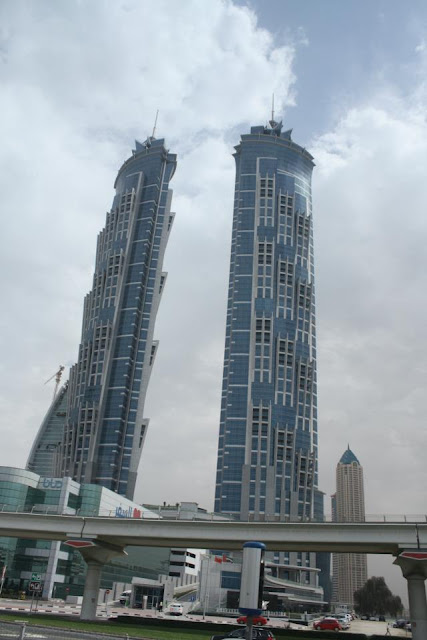 Our first stop was at Blue Mosque, aka Al Farooq Mosque. Inspired by the 17th century Istanbul Sultan Ahmed Mosque, spanning over 8,700 square metres and funded by Dubai based businessman Khalaf Al Habtoor, Dubai's Blue Mosque may not be as impressive as Istanbul's Blue Mosque, but this emirate's biggest mosque is still a beauty. Pleasing and pleasantly admirable. 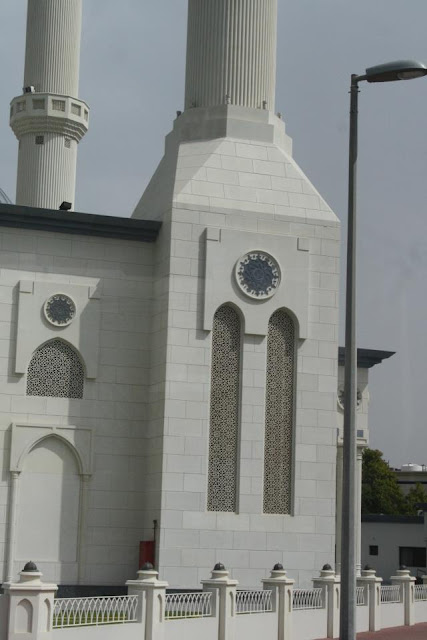 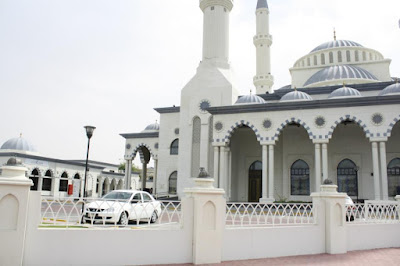 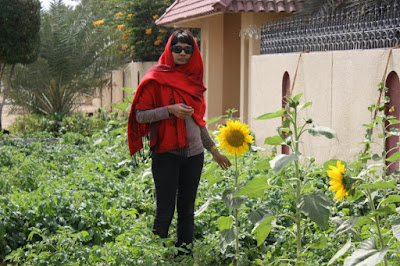 Coach started moving again and once it reached further down at the junction, though not allowed to stop, we insisted on a jiffy for staring at Burj Khalifa. The tallest building in the world and the magnificent urban centerpiece of Dubai. Wish I could have seen Burj Khalifa from its closest point, but since this was just a quick city tour, that's it. Nevertheless, I still had the honour for seeing it. Yeh! 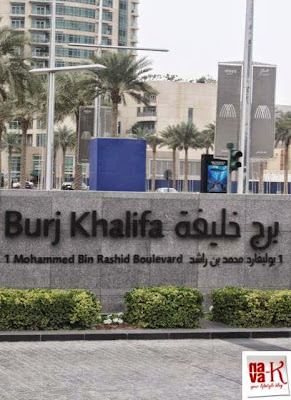 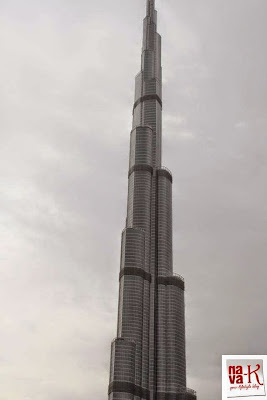 Next stop was Jumeirah. Jumeirah believe it. Beach, luxury hotels, buildings and what not I quickly glimpsed at. Picturing definitely shouldn't be missed out, we hopped back into the coach for another half an hour of Dubai eye washing. 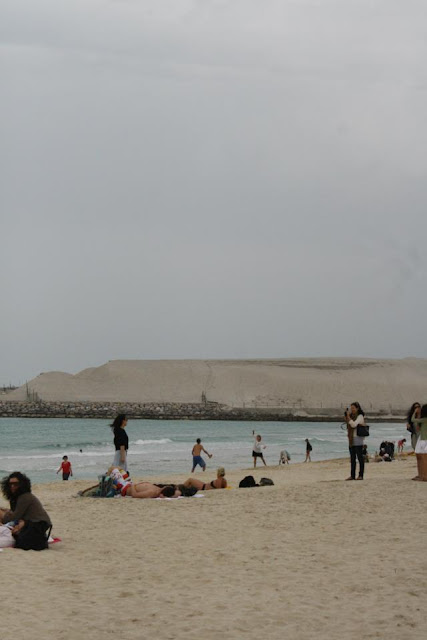 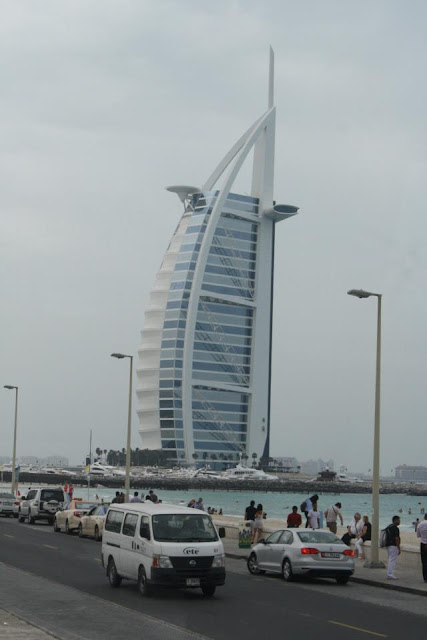 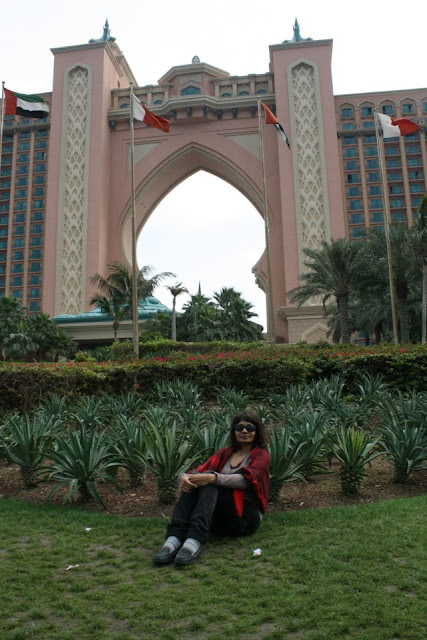 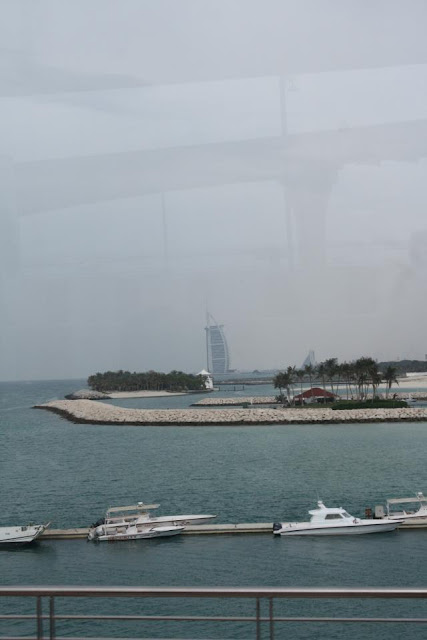 Later, in the evening, we did the Dubai Desert Safari Tour. Utterly a rock and roll. Splendidness. Jeep going up and down, bouncing back and forth in the soft brown sand, we in return gripping tight while enjoying and also screaming. Bang! Pow-wow. At the heart of the desert, we were let loose for picturing and our fun moment while sun was slowly setting. Subsequently, to the open area, we opted out of the free camel ride since camel had already had its share of carrying the bulldozers Indians, we walked in further for taking a place on the bench. Entertained by sexy belly dancers, we tucked into food and had our relaxing moment. 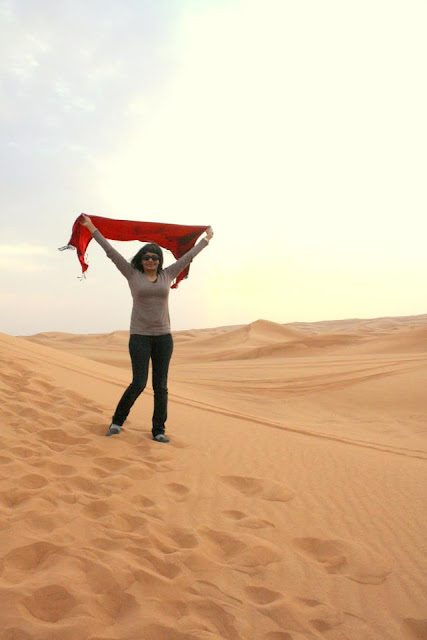 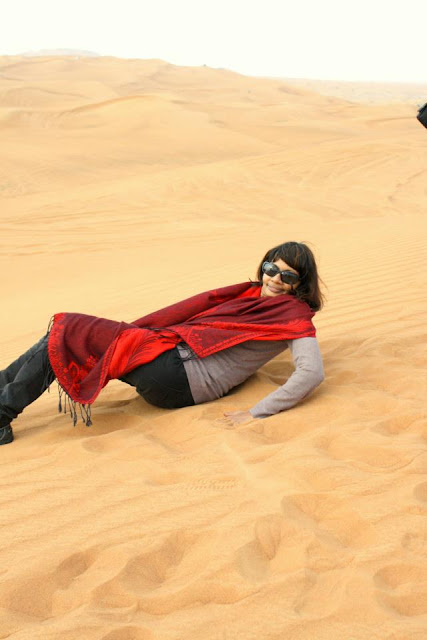 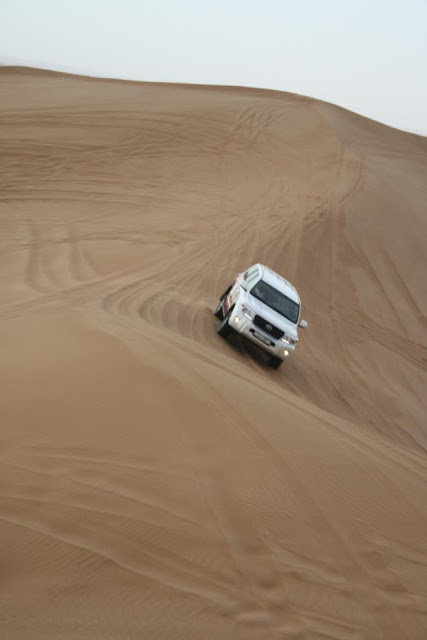 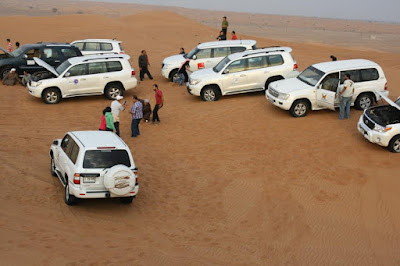 To the hotel thereafter for checking out, back to the airport before flying up in the air for touching down on Malaysia. This unexpected Dubai one day tour, frankly speaking, I am still cherishing. I guess there's no need for me to pay on my own for returning to Dubai again. I'm contented, unless if I am a wild thing, perhaps then of course I will be longing for the wild night life in Dubai.