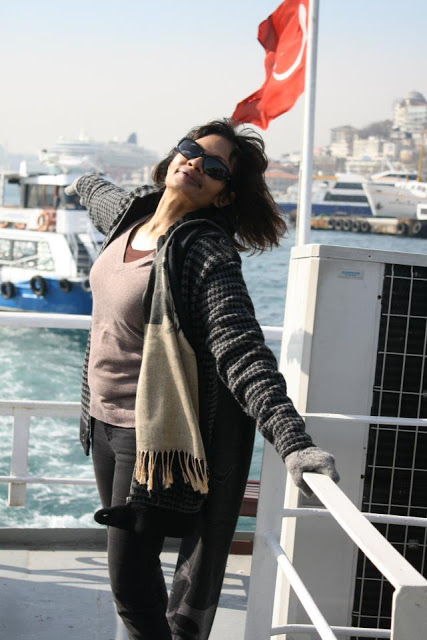 One of the things I learned about this whole composite of globe seeing is that I have so little tolerance for people who just simply must complain about everything and anything under the sun while travelling. In fact, I am yet to bump into someone who actually can be, lets not expect perfection, but even an adaptable travel companion is really hard to come by. Everyone I have traveled with before, somehow or rather, end up showing their ugly colours. Some really must branded as pathetic stingy idiots, whereas others, sorry guys, I have call them hard-core bitches. I guess the more we companionship travel, the more we discover different peculiar characters and behaviours. What else is new? Experiences without a doubt are major lessons to life. Trust me, I have already gathered suitcases of it by my fifties (Hanoi Vietnam). Additionally, I must thank those who post loving friendship travelling pictures on social media, yet in return, they do, wonder why, call me thereafter for massively bitching about travelling friendship disasters. Reality versus fake social media world. Indeed, the truth is out there, maybe some just refuse to accept. Travelling with family, let me warn you can be worse than hammer house of horror. Logically why I will stick to travelling on my own, now and forever (Chonburi & Pattaya - My Solo Trail).


After all, it’s my money and my choice (Krabi Thailand - Solo Cruising). Do I owe anyone a living? Neh! Unless of course if you are a parasite who leech on others for free travelling rides. I am definitely not a blood sucker. I can afford to travel on my own. I save and once my pool of money is substantial, I head to a new destination instead of back to familiarity. Honestly, why return to the same place again? Tell me please? There are so many other places in the world we have not seen, but some people I don’t know why, prefer returning donkey times to the same destination. Speak about Indians and their same yearly route pilgrimage? Maybe holiness is their profoundness, this none holiest grain Nava K on the other hand like to keep her travel ventures interesting, but she does bump into god while sightseeing. My other half-half I believe by now is already accustomed to me travelling alone. Good as well for him because he must learn to function without me. Pamper the men too much, they will treat you like a door mat or take you for granted (Norway Vossestrand).

Came my moment for this my Turkey holiday. Landing late evening in Istanbul’s winter, we were whisked off for dinner at one of the restaurants located at the lane across the market. Great meal. Fresh bread, Turkish dip, salad, soup, fish, extremely over the top killing sweet dessert and coffee. 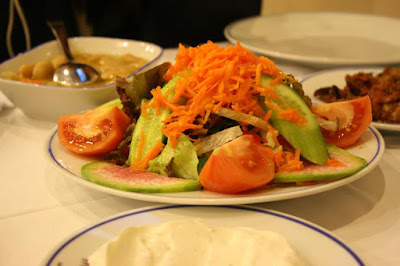 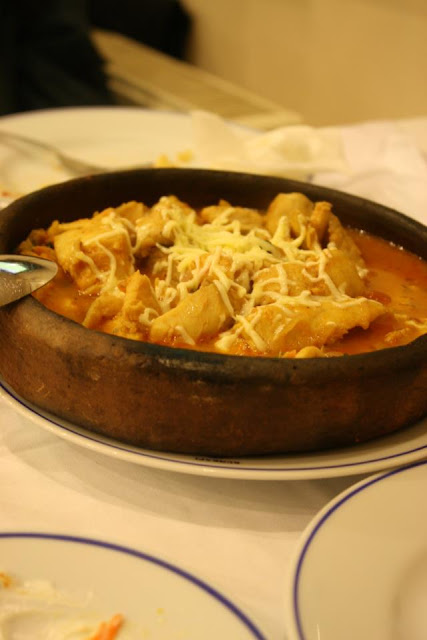 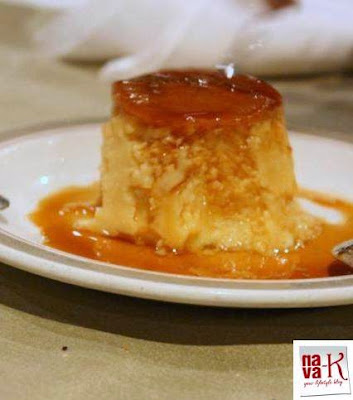 Subsequently, night ended in Taksim Goren Hotel. My 7th floor room did do a whole lot of justice for Istanbul’s city view though honking noisiness can still be heard. Nevertheless, after showering, I slowly and surely knocked off for the night. 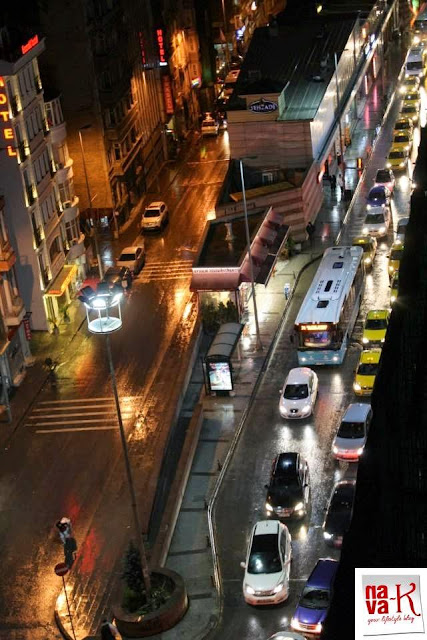 Morning began with the usual buffet breakfast. Not really a huge spread, but ample selection for a pleasant meal, prior to us departing to Blue Mosque. Resembling a huge blue, shimmer shiny attractive gem from the outside, also known as Sultan Ahmed Mosque, Blue Mosque must be regarded as the iconic landmark and an elegant architectural example of one of the most beautiful sights in Istanbul. Shoes to be removed and placed in the plastic bag which you carry along and decent dressing must be adhered before you are allowed to enter Blue Mosque. 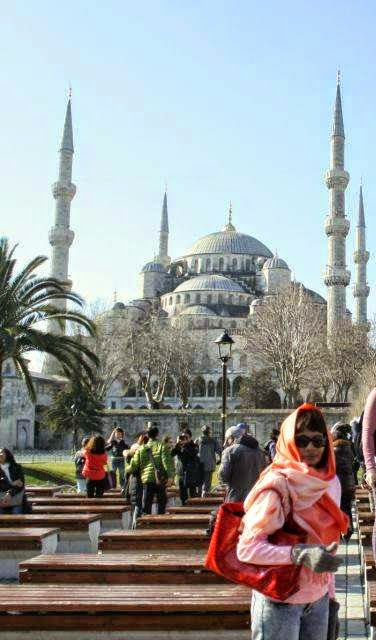 Ironically, none of the exterior is blue except for the outside blue tiles and the 20,00 blue tiles lining the high ceiling, whereas the striking feature inside is the beautifully arranged cascade of domes that seem to spill down from the great central dome. Interior, once filled with 17th century stained glass and those lost ones have been replaced with interior replicas, is lit with 260 windows. 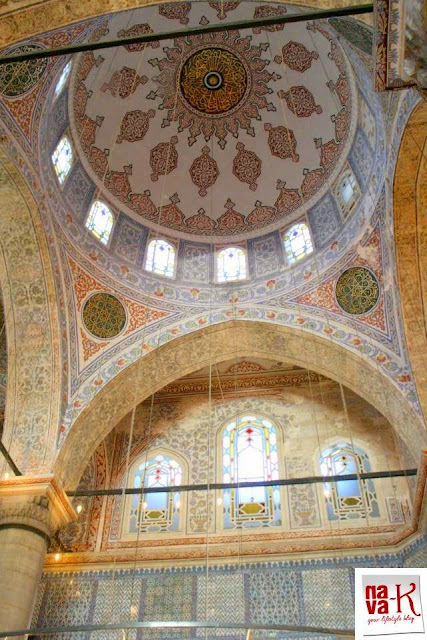 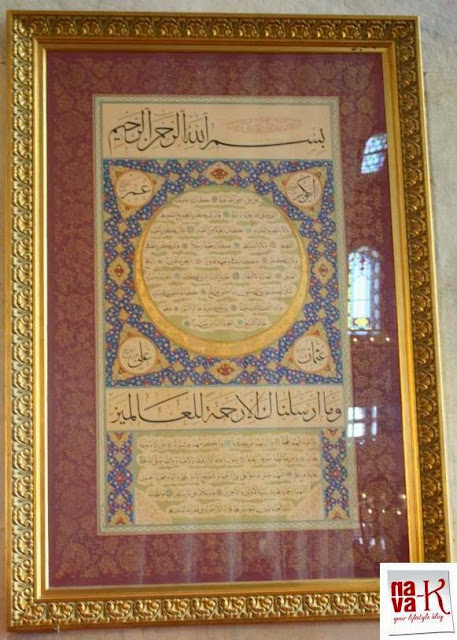 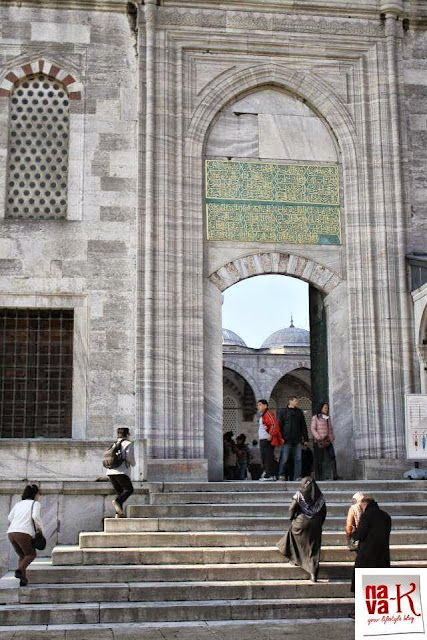 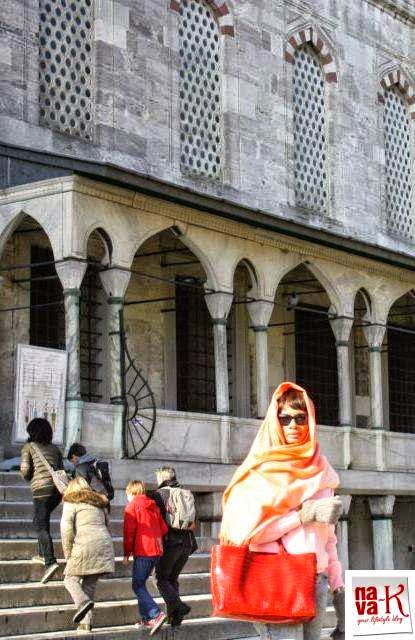 Two hours in total well spend inside and outside of Blue Mosque, we then walked to the across Hagia Sophia (the church of the holy wisdom). A perfect synthesis for observing the importance of Byzantine Empire and Ottomon Empire under one dome, previously a church, later a mosque, Hagia Sophia is now a museum. Universally recognised as one of the great buildings in the world that holds so much of history, its interior is decorated with mosaics and marble pillars, covering of great artistic value. At ground level, most of the sights are from the Islamic period, today, the galleries inside provide visitors like us a commanding view of the nave from all sides and a close up view of some of the best Byzantine mosaics to be seen anywhere. Hagja Sophia, the another pride and proudness of Istanbul I believe has already been viewed by millions of tourists, speak about the busloads of tourists on this day. 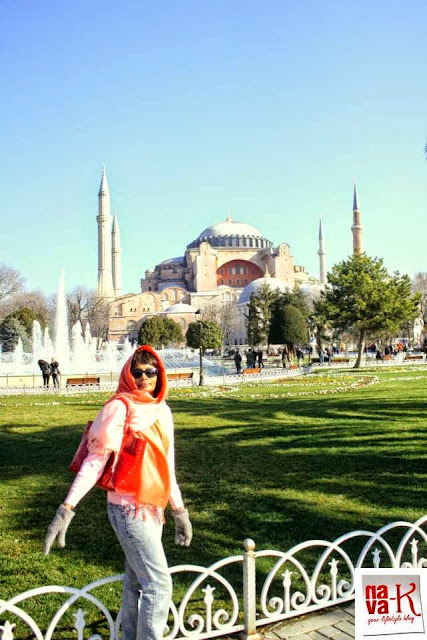 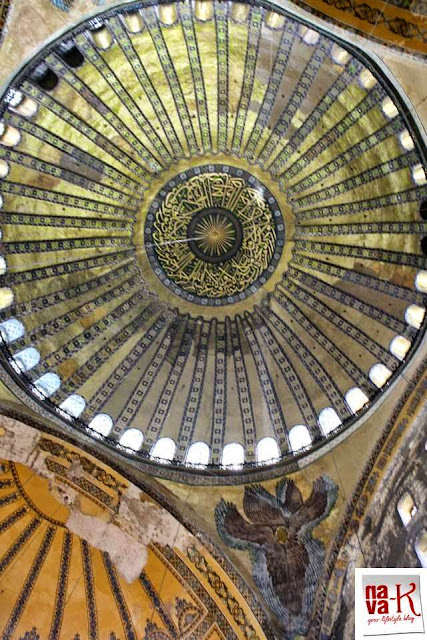 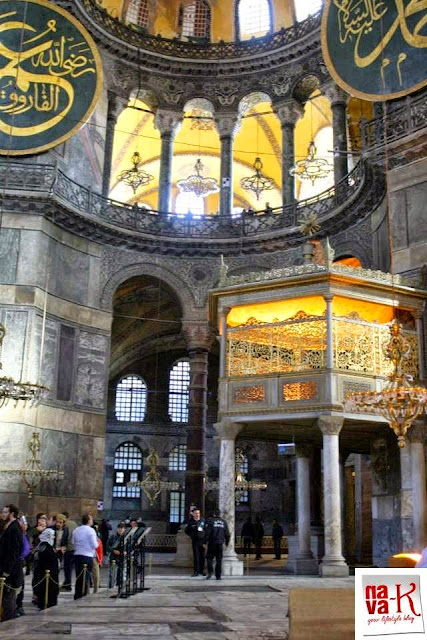 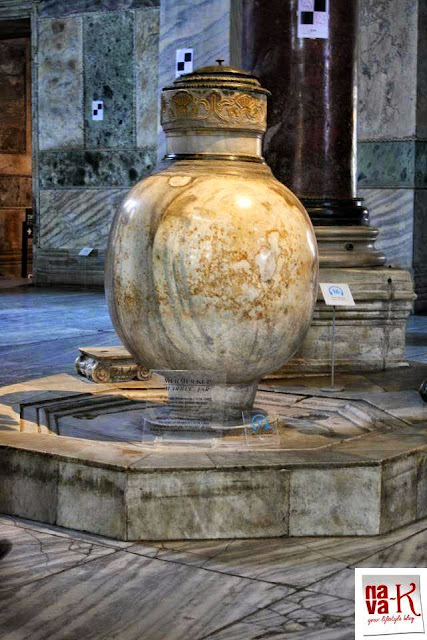 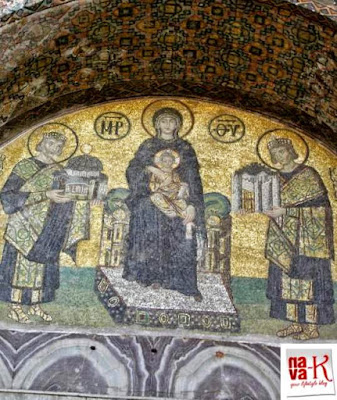 Time out in Hagia Sophia, our 15 minutes’ walk thereafter landed us in Hippodrome. Showcasing the Egyptian Obelisk on a marble base and sculpted with scenes of Emperor Thedosius and his family, the spiral column set in the middle of the hippodrome commemorates the victory of the Greeks over the Persians in 480 BC. Preciously a horse racing track, Hippodrome is currently a public garden with the road running around it (Perth, Australia - My Knowledge Travel Venture). 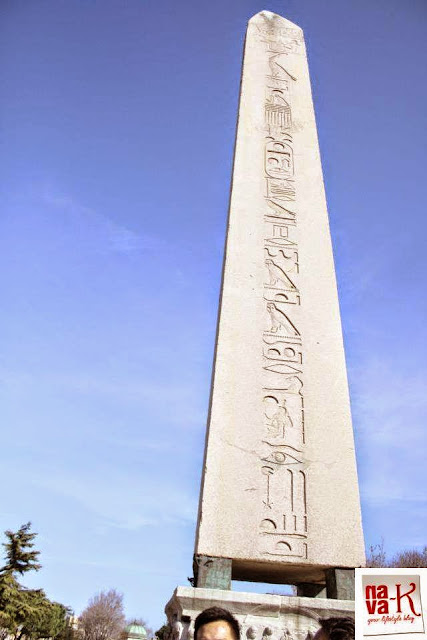 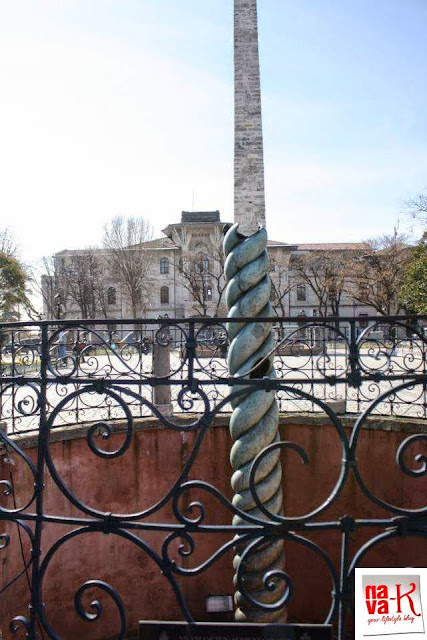 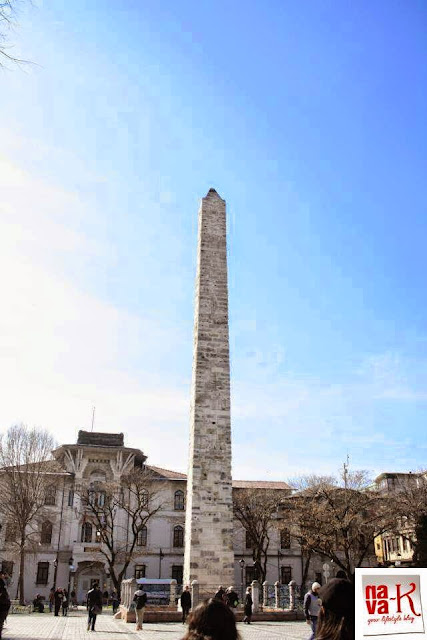 That’s about it at Hippodrome, back to the hotel, head count was taken on who will be opting for Bosphorus Cruise, the first thing next morning. In the end, no one wanted to be left out despite paying quite a pricey amount from our own pockets. Off to the harbour in the morning, we hopped into one boat all by ourselves. Our Turkish tour guide took over the microphone for preparing us on what we will be seeing thorough this cruise, but seemingly we were wanted to be left alone for doing and seeing as we wish. Bosphorus Cruise let me tell you is special and unique. Why? Famous Bosphorus bridge connects the southern part of Istanbul to the Western side (Asia and Europe), additionally, it unveils Istanbul entirely. New Mosque, Galata Tower, Blue Mosque, Hagia Sophia, Topkapi Palace, the 600 historic houses built during Ottoman period and the modern huge houses of the rich and famous. Should you do Bosphorous Cruise? Of course. Pricey, but if you have come this far to Istanbul, such a waste brushing Bosphorous Cruise aside (Melaka Cruise, Ayutthaya Cruise & Rome 2 Days). 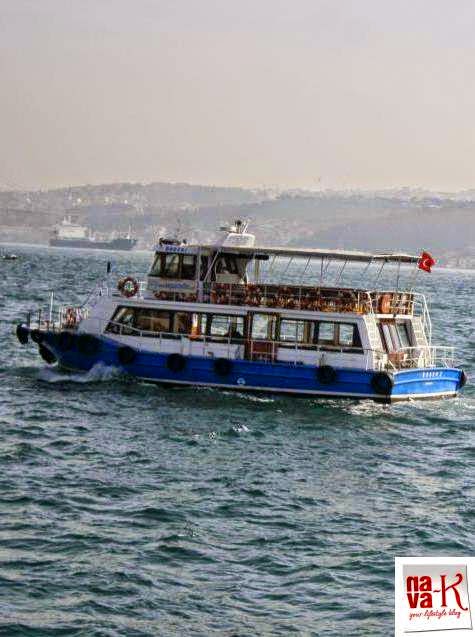 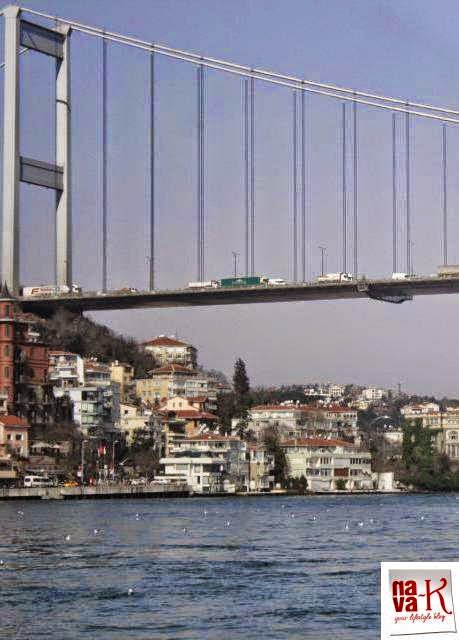 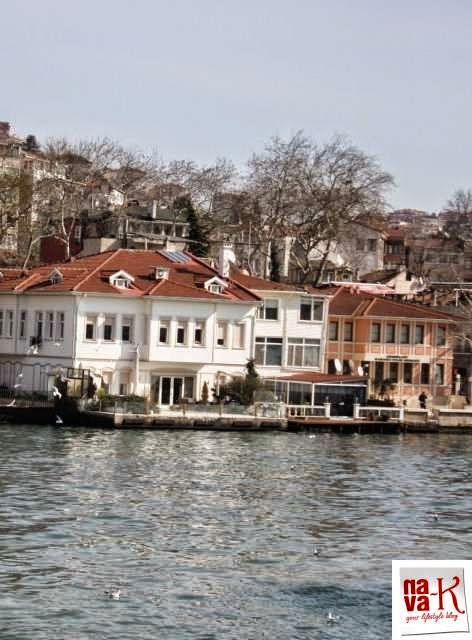 For the next few hours until late evening, it was our free and easy moment in Spice Bazaar. Shopping, walking around or as you please, you name it, you will see it in Spice Bazaar. Turkish sweet, spices, clothes, gold, knick knacks and eateries. What did I do? I walked from one end to the end, I had a look at the things, I didn’t buy and out of Spice Bazaar to sit outside. 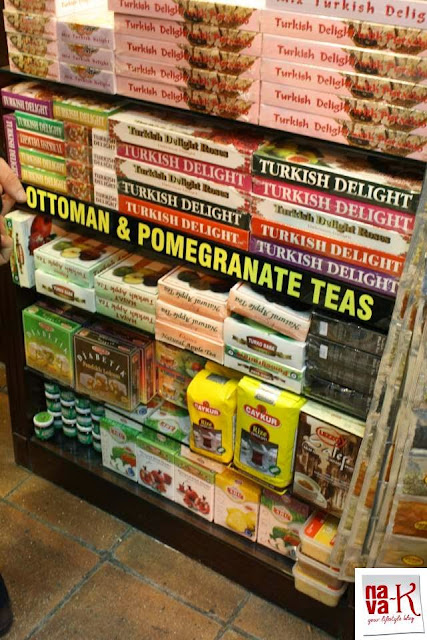 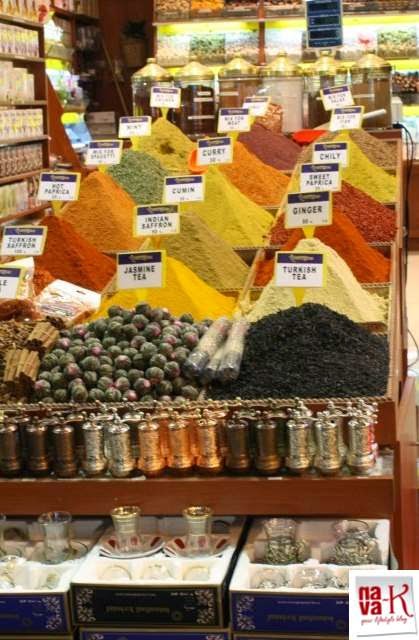 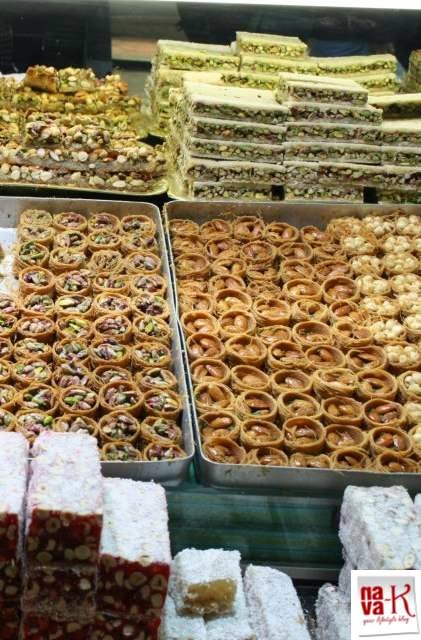 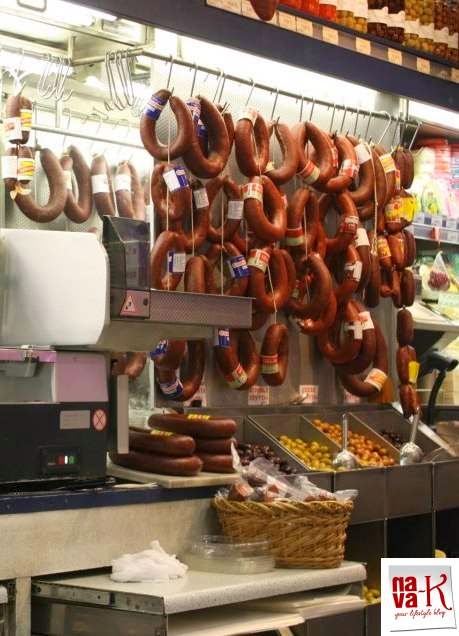 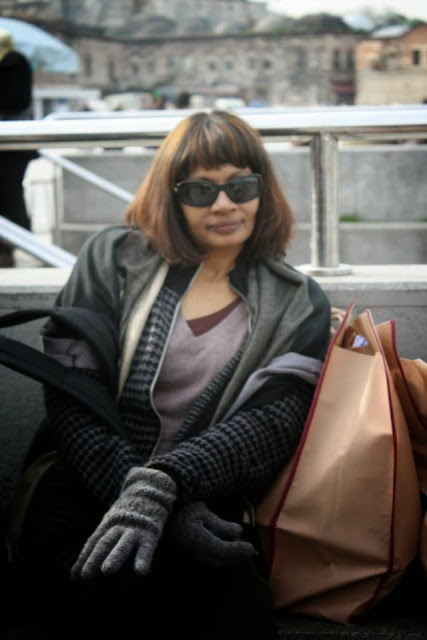 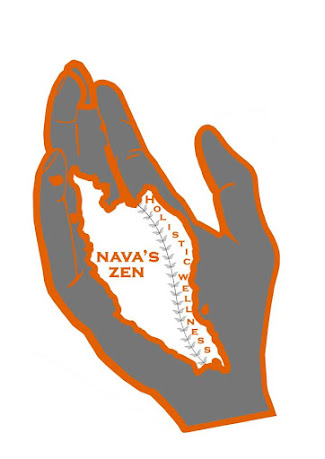